"When we decided to get married after three years of courtship, we decided to do a simple temple wedding and make it grand for the animals," says Eureka Apta. 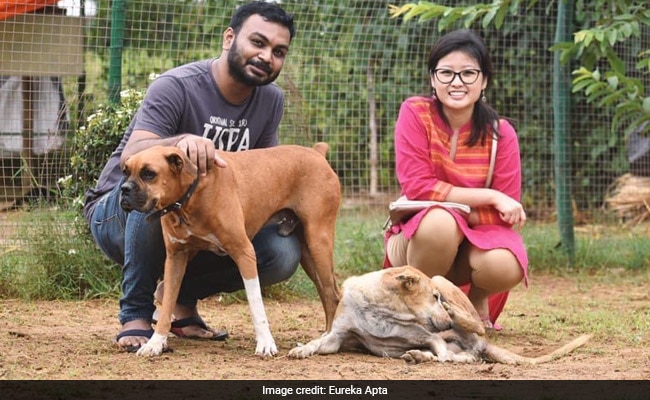 Most people host a feast for their friends and family on their wedding day. This couple from Odisha did something different. When Eureka Apta and Joanna Wang got married on September 25 in Bhubaneswar, they arranged for a special meal for about 500 stray dogs in the city.

Mr Apta is a pilot-turned-filmmaker, while Ms Wang is a dentist. For their big day, the couple tied up with a local animal rescue organisation to feed over 500 stray dogs across Bhubaneswar. On September 25, as they got married, volunteers of Animal Welfare Trust Ekamra (AWTE) fed stray dogs on their behalf.

"Earlier, during the lockdown one of our friends, Sukanya Pati, rescued a stray dog who had met with an accident. I along with Joanna had helped her in getting the stray dog treated at a vet hospital. Later on we sent her to AWTE - Animal welfare trust Ekamra, a dog shelter home," Mr Apta told NDTV.

"We were so inspired visiting the dog shelter where abandoned dogs and those with special needs were taken care of," he said. "Therefore, when we decided to get married after three years of courtship, we decided to do a simple temple wedding and make it grand for the animals." 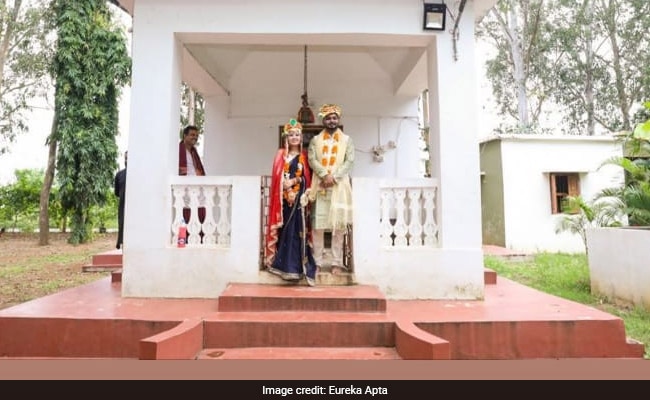 Eureka Apta and Joanna Wang on their wedding day

The couple bought food and medicines for the shelter and, with the help of AWTE founder Purabi Patra, conducted a city-wide drive to feed strays.

Mr Apta says the drive was conducted in the memory of his mother, who died of cancer, and of his wife's grandfather.

Their story has touched hearts on social media, where many have praised their kind gesture. The couple says that the best wedding gift for them would be an experienced vet for the shelter, which houses about 130 dogs and takes care of their medical requirements.

They hope that their wedding-with-a-difference will help raise awareness about specially-abled dogs and illegal breeding.