"No One Will Like It": Man Shares Mom's Amateur Painting, Gets Swarmed

Decker Mathew's Reddit post with the accompanying caption, "My mom painted this and said no one would like it. It's her 2nd painting," received over 24,000 "upvotes". 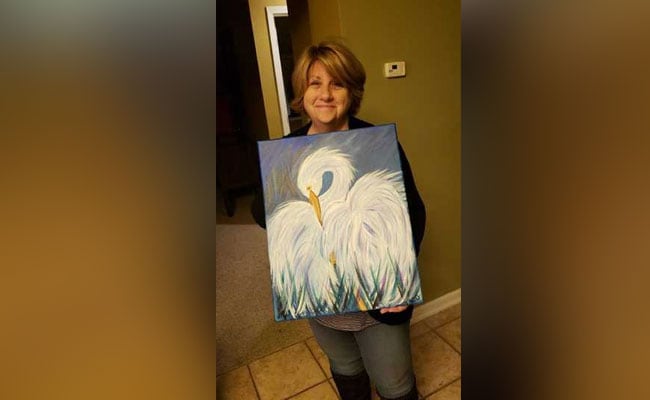 When a US teenager posted a picture of his mother holding a painting she completed in her art class on social media site Reddit, little did he realise it would whip up an online chain reaction of sorts.

Decker Mathew's Reddit post with the accompanying caption, "My mom painted this and said no one would like it. It's her 2nd painting," received over 24,000 "upvotes".

It was, however, what happened the day after the post went viral that had sparked a domino effect. The photo drew attention from Swedish artist Kristoffer Zetterstrand, who painted Mr Mathew's photo of his mother, Cindi Decker, holding her painting. Mr Zetterstran also shared on Reddit a photo of himself holding his painting with the following caption: "I painted somebody's mom".

Days later, Laila Amer, a journalism student, joined the chain by painting a picture of Mr Zetterstrand holding his painting. 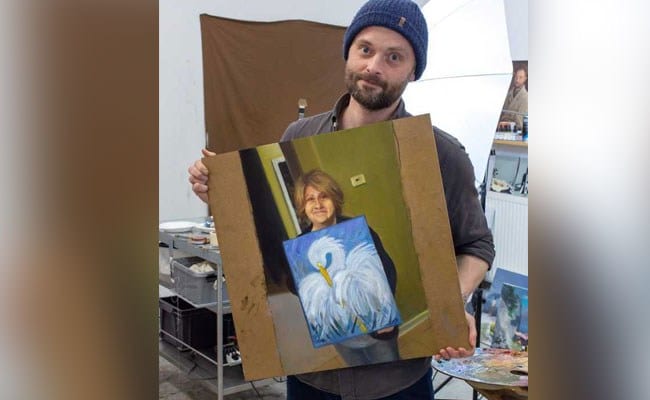 Swedish artist Kristoffer Zetterstrand holds the painting he made of Cindi Decker and her art.

"Took a while and not perfect," she wrote in her Reddit post. "But I painted the guy who painted the other guy's mum."

The Reddit post led to people painting a photo of others holding a painting which they completed. And it went on for several days before the original painting was reduced to a tiny fixture in the layers of painting that one could barely see it. 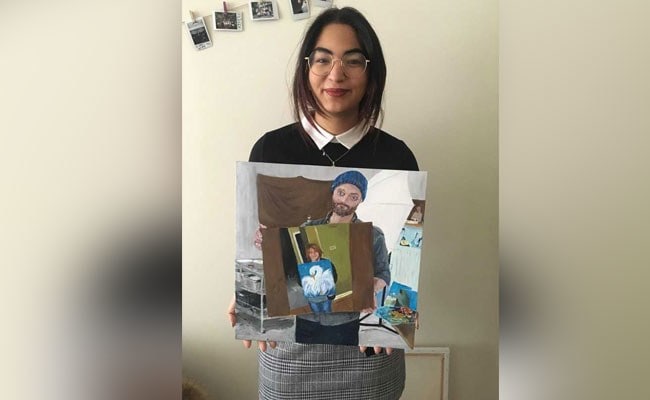 Laila Amer, joined the chain by painting a picture of Mr Zetterstrand holding his painting

Cindi Decker, a school teacher in Florida, signed up for Reddit with the username "imthemomwhopaints" to thank everyone.

"I was in fear I was going to read a lot of hateful comments," she wrote in a post. "You all have proven me so wrong. I'm assuming most of you could be my kids, and y'all get a bad rap in this world. You all are compassionate, caring, and a ton of fun! Thanks for uplifting me! You all have inspired me instead."