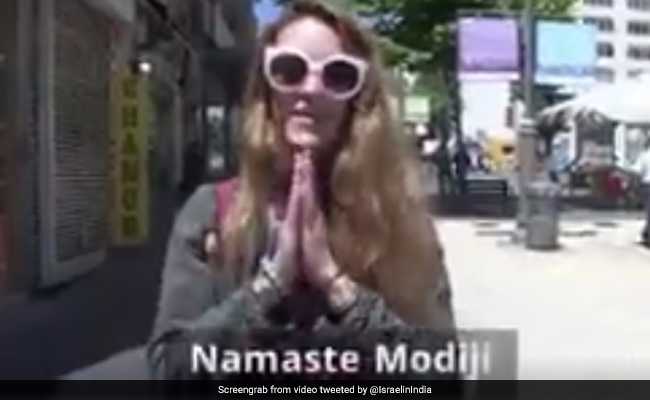 PM Modi will travel to Israel on a three-day visit beginning July 4, becoming the first Indian prime minister to step on Israeli soil. The Foreign Ministry officially announced his visit on Wednesday evening.

There's even a rousing welcome in Hindi from the embassy's New Delhi staff. Israel's Ambassador to India, Daniel Carmon, ends the video with a similar message in both Hindi and Hebrew.

PM Modi responded Thursday morning with a tweet thanking them in Hindi:

Promoted
Listen to the latest songs, only on JioSaavn.com
On Twitter, many Indians appreciated the gesture:

This is so sweet. Thank u Israel. Love from India.

Thanks.. India is always your Friend..

Lots of expectations from this visit!Good to see Indo-Israel partnership flourishing. @amritabhinder

The love for our PM and our country is so overwhelming.A Big Thanks from all Indians