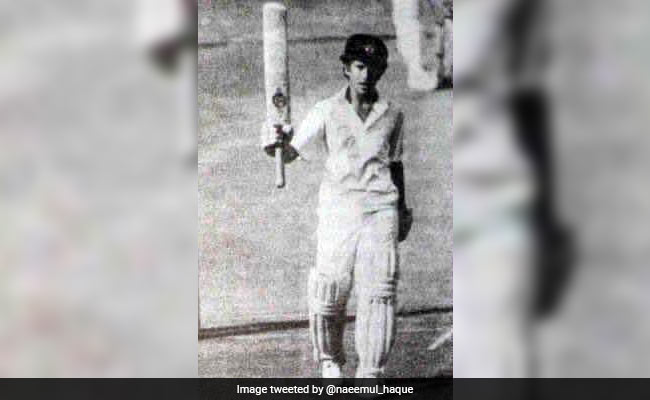 An aide of Pakistan Prime Minister Imran Khan on Saturday had Twitter laughing after he posted a photo on the micro-blogging site and captioned it as "PM Imran Khan 1969". The reason for the laughs was because it was not an image of Mr Khan, but of cricketing icon Sachin Tendulkar.

One user posted a photo of Hyderabad lawmaker Asaduddin Owaisi and said it was former Pakistani cricketer Saeed Anwar.

Yet another user posted the viral photo of a disappointed Pakistan cricket fan and captioned it saying it was former South African cricketer Herschelle Gibbs.

A post had the user put up a photo of Bollywood celebrity Salman Khan, saying it was former Pakistan paceman Shoaib Akhtar.

Another post was of an old photo of Prime Minister Narendra Modi, calling him actor Paresh Rawal.

Yet another user posted a photo of actor Aamir Khan in the movie 'Lagaan', saying it was India team captain Virat Kohli.

The post by Mr Haque has collected more than 700 retweets and close to 7,000 likes.

Imran Khan, who was the captain of the Pakistan cricket team, had led his team to the country's only Cricket World Cup win in 1992.

Since being elected Prime Minister, Mr Khan has made a series of gaffes on many occasions. A few days back, Mr Khan posted an inspirational quote on Twitter and attributed it to Lebanese writer and poet Kahlil Gibran.

The original quote however was by Nobel laureate Rabindranath Tagore.

Mr Khan was also trolled earlier this month for "breaking protocol" when he met Saudi King Salman bin Abdulaziz at the Organisation of Islamic Cooperation Summit.

In a video widely shared on Twitter, Mr Khan was seen speaking to the Saudi King's interpreter, and then walking off before the message could be translated, leaving the Saudi King alone. He was severely criticised, both by his countrymen and citizens of Saudi Arabia, for apparently disrespecting the king.