Mysterious 'Beach' Appears in the Middle of Tunisian Desert 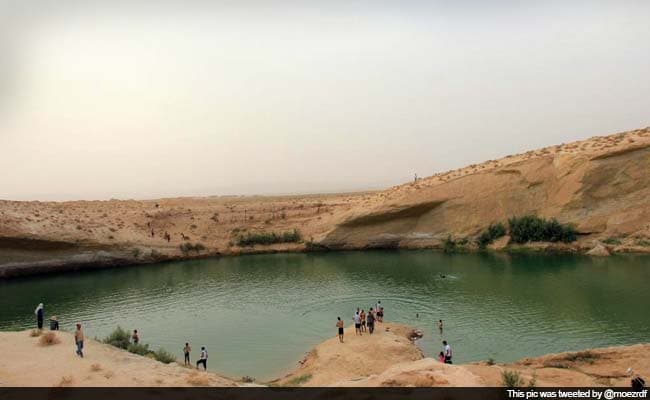 A mysterious lake, which has appeared in drought-stricken Tunisia, is making headlines world over.

Tunisians have welcomed the new 'beach' with joy. Located right in the middle of the desert, this mystifying sight, which was discovered three weeks ago, has been named 'Gafsa Beach'. The eponymous lake derived its name from the region in which it is located.

This incomprehensible formation of a water body has left many perplexed, and Twitter is abuzz with interesting theories:

@enigmafalls Yes i know ! Very strange ! There's also a story about a lake which suddenly appeared in Tunisia !! To be continued...

A local daily reports that according to civil defense officials, it would range between 10 and 18 meters. Swimmers have been warned about the dangerous nature of its water, but they haven't refrained from entering it, take a look: