Meghan, the Duchess of Sussex, released her debut children's book, The Bench, earlier this month. 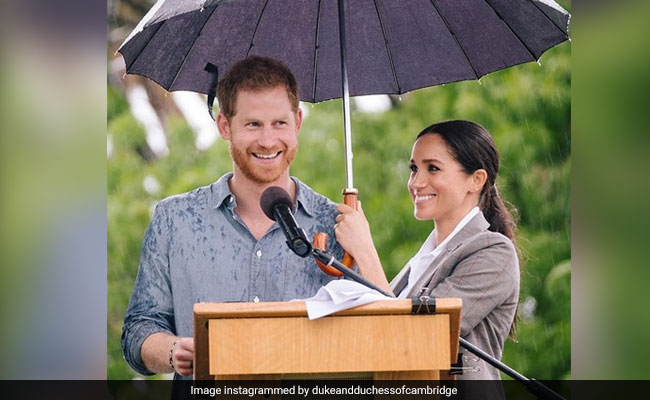 Meghan's children's book is dedicated to Prince Harry and their son Archie.

In 2019, for Prince Harry's first Father's Day, Meghan, the Duchess of Sussex, got him a bench. On a  plaque on the back of the bench, she wrote a poem about the moments she hoped he would share on the bench with their son, Archie.

Two years later, Meghan and Harry's family has grown to include Lilibet Diana, their daughter who was born in early June. With it, the poem has grown into a book that was published earlier this month. TheBench is Meghan's debut children's book, dedicated to her husband, Prince Harry, and their two-year-old son Archie.

Now, the Duchess of Sussex has revealed how the book is full of "sweet little moments" and "special details" that are meaningful to her family, including a subtle nod to her husband's mother, the late Princess Diana.

The Duchess of Sussex joined NPR Weekend Edition to talk about The Bench on Sunday. Meghan, 39, revealed that the children's book, which is full of beautiful watercolour illustrations by Christian Robinson, features a special tribute to her late mother-in-law.

"I think you can find sweet little moments that we've tucked in there, from my favorite flower, even my husband's mum's favorite flower, forget-me-nots, we wanted to make sure they were included in there," she said. "There's a lot of special detail and love that went into that book."

During the interaction, she also spoke about her favourite illustration in the book.

"The illustration is a dad and a son on a bench stretching, doing, like, a ballet move," she said. "And they're both wearing tutus. And, immediately, when I thought of the word support, I just thought about - especially now, we're living in a time when people are feeling more open and able to express themselves and be them full selves and just have that support from your family, especially a father, is so important and powerful. So yeah. That really connected with me," she added.

Harry and Meghan quit royal duties last year and relocated from Britain to California. In a documentary series released May, Prince Harry again emphasised that his family turned a blind eye to the struggles of his wife Meghan Markle. He focused his criticism particularly on his father, Prince Charles, who previously has been accused of indifference towards his children.

Gautam Adani Says He Couldn't Have Received A Better Birthday Gift Than...