When the pandemic hit and the Vande Bharat mission came into being, Laxmi Joshi volunteered to fly abroad to rescue stranded Indians. 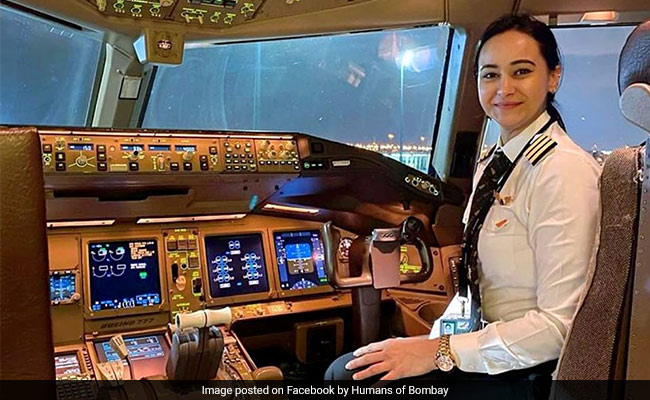 Laxmi Joshi was just eight-years-old when she first sat in an airplane. She knew even then that she wanted to become a pilot - and when she grew up, she worked hard to ensure her dream came true. Ms Joshi was among the several pilots who volunteered for the Vande Bharat mission which started in May 2020 to evacuate Indians stranded abroad due to coronavirus-induced travel restrictions. She spoke to Humans of Bombay about her experience recently, opening up about her childhood dream, the training she underwent to become a pilot and how she flew three flights a month during the height of the pandemic to rescue Indians stranded abroad.

During her interview, Ms Joshi revealed that her father took a loan so she could train to become a pilot. "Go for it, beta. The sky's the limit!" he told her.

After two years, during which she put her "heart and soul" into training, Ms Joshi got her pilot license. "My dreams had gotten wings, I was ecstatic! Soon after, I landed a job with Air India, the national carrier," she recalled.

Her father continued to be one of her biggest cheerleaders. Whenever any relative asked, 'How will she settle now?' He'd reply, 'Meri beti uddne ke liye bani hai (my daughter was born to fly),'" Ms Joshi told Humans of Bombay.

Though she loved her job, Laxmi Joshi wanted to do more than just travel. So when the pandemic hit and the Vande Bharat mission came into being, she volunteered to fly abroad to rescue stranded Indians.

Her parents were worried, but "when I explained how important the mission was, they reluctantly agreed," says Ms Joshi.

Her first flight as part of the rescue mission was to Shanghai in China. "China being the hot spot of Covid, everyone was distressed," she recalled, adding that she would never forget that flight. "Our aim was to bring back all the Indians stuck there... We all wore hazmat suits through the course of the flight, I flew the flight wearing one," she said.

When they finally landed in India, the passengers gave the crew a standing ovation. " One little girl came up to me and said, 'I want to be like you!' And I told her what Papa told me, 'The sky's the limit!'"

After that, Laxmi Joshi flew three rescue flights a month. The flights were long, and wearing a hazmat suit made it tougher, but she says the thought of Indians who were stuck kept her going. "Once, I even flew to bring medical aid to India. That was the strangest flight - instead of passengers, we travelled with hundreds of carton boxes," she said.

The pandemic is in its third year now, she says, but the Vande Bharat mission is still pretty active. Ms Joshi will soon fly out to Newark to bring home Indians who are stranded there.

"Papa says he is proud of me. He recently told me, 'I used to tell you the sky's the limit. But you've scaled even that! Keep flying!' And that's what I'm going to do... Keep flying!" the pilot concluded.

Her story has won Ms Joshi a lot of praise and appreciation.

"Definitely a great story! Keep flying and soaring! Huge respect for you!" wrote one person in the comments section.

"Thank you for your selfless service even in times when everyone was griped in fear and woe.. You are an inspiration," said another.