The uniform is a short sherwani which is hand embroidered with threadwork, said designer Manish Malhotra. 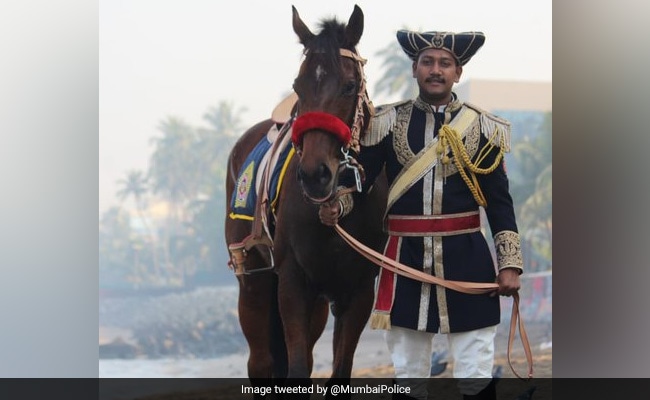 Mumbai will get a mounted police unit for traffic and crowd control after 88 years. On Monday, Mumbai Police thanked Manish Malhotra in a tweet for designing an "elegant uniform" for their riders.

The uniform is a short sherwani which is hand embroidered with threadwork on chest and sleeves. It has elaborate shoulder epaulettes that make it look royal, Mr Malhotra told news agency IANS while describing the ceremonial uniform.

It is paired with the traditional Maratha warrior pagdi with a gold dori wrapped around it and has traditional Indian breeches as a pair of bottoms. There's a gold sash and a red velvet cummerband that all sums up to be a royal policemen look on the horse, he added.

Regal in stature, Formidable in form, the "Mounted Police Unit" returns to Mumbai Police.
Thank you @ManishMalhotra for designing such an elegant uniform for our Riders.
Our Mounted Unit is sure to make a strong impact during law and order situations. pic.twitter.com/S0T6bcvdR9

Not everyone, however, was impressed with the uniform. Many took to Twitter to say that they looked uncomfortable and impractical. Others accused the 53-year-old designer of having a "colonial hangover".

In the heat and humidity of Mumbai, did you think about the constable wearing this heavy uniform and sweating? Such heavy uniforms are for temperate zone climates and not for tropical ones. @CPMumbaiPolice

While i appreciate this, i do believe that the uniform is overdone. Could have been better. https://t.co/0u8gc6hGWR

And this is how our 'Colonial Mindset' still reflects in our mentality.

I feel like we are still under the influence of East India Company/British Colonial Rule. How much money did Manish charged for this Colonial Design?? 🤦🏼‍♂️#ColonialHangoverpic.twitter.com/AyrHxKxBzp

On the other hand, some Twitter users also praised the uniform.

Wow what a Design @ManishMalhotra 👍🏻👍🏻.

"It feels like a full gratitude to be able to contribute in any way for the largest police departments in our country, Mumbai Police. We have designed the ceremonial uniforms of the horse mounted police and are honored to see the officers dressed in our uniforms," he said.