Man Secretly Films Woman On Metro. This Is How She Exposes Him

"His last feeble attempt of an apology was that 'I was like his sister'," she wrote on Facebook. 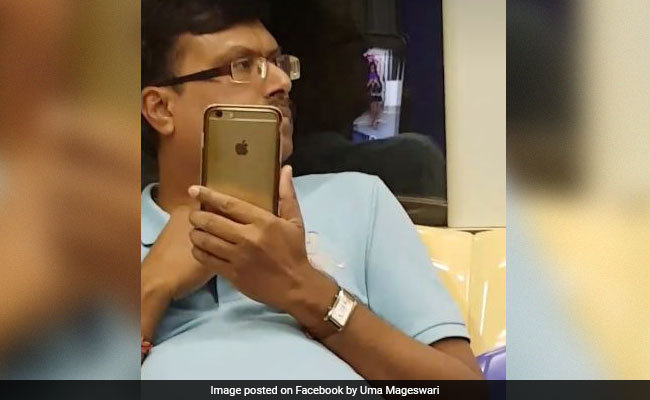 The incident happened on Saturday in a Singapore metro train coach

New Delhi: A woman in Singapore took to Facebook to expose a man who was filming her in a metro train coach. On Saturday, while travelling from Outram station to Harbourfront, the woman wrote that a man came and sat right opposite her despite the coach being empty. The man then took out his phone and stared at the screen as if watching something on it. But the reflection of the phone on the train's window pane is what alarmed the woman. The man was secretly filming her without realising that she knew exactly what he was up to.

Uma Mageswari then decided to make her own video of the man and posted it on Facebook. The video has been viewed over 5 million times in just two days.

Uma, in her post, says she confronted the man and reported him to the cops.

"Upon further investigation this chap was found to be in possession of similar videos though I am told they were rather obscene in nature of unsuspecting victims," she wrote on Facebook.

Uma also wrote that the man made several excuses for what he did and instead of an apology, said "his last feeble attempt of an apology was that 'I was like his sister'".


Uma wrote she highlighted the incident hoping it would act as a deterrent for any such incidents in future.

Her post gained people's attention and they praised her for speaking out against the man. The post has nearly 28,000 shares.

It is not clear from the Facebook post if the man, identified as Suraj by her, was arrested by the police. NDTV has reached out to Uma Mageswari for further details.Click for more trending news