Man Caught Giant Tuna Worth 3 Million Euros. Why He Put It Back 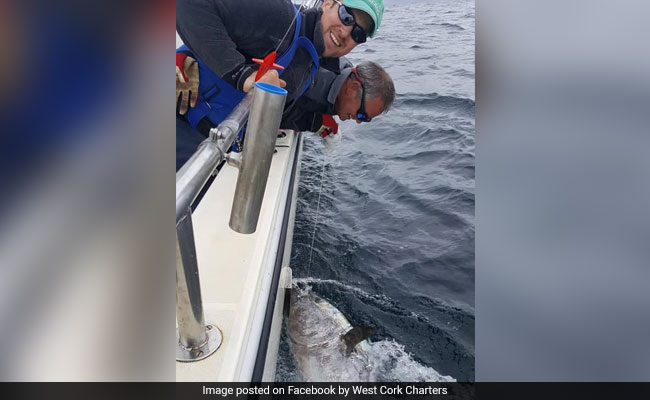 Dave Edwards released the tuna back into the sea after tagging it.

A man caught an enormous 8.5-foot bluefin tuna off the coast of Ireland - and then released it back into the sea. Dave Edwards from West Cork Charters caught tuna on Sunday. According to the Irish Mirror, the monster fish was the largest to be caught in Irish waters this year, and would have been worth up to 3 million euros in Japan.

However, Dave Edwards and his team, Darren O'Sullivan and Henk Veldman, were not fishing for commercial purposes - they were part of an ongoing catch and release to establish population numbers for the fish in the Atlantic.

Pics of the huge tuna fish was shared by West Cork Charters on Facebook, where they have collected a number of amazed responses.

Echo Live reports that Dave's was one of 15 boats taking part in the catch and release programme that will run till October 15.

The tuna fish they caught was so large, that it had to be measured in water before being tagged and released. It weighed 270 kgs.

"They are much more common up in Donegal Bay where they follow the herring," said Dave to Echo Live. "They are more unusual down here but tend to be much bigger when they do show up. This is the first one caught south of Donegal Bay this year and it really was a big fish."