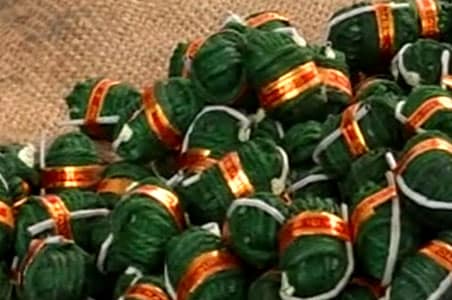 Patna:
Lalu Prasad and Mallika Sherawat firecrackers will go off with a bang and Nitish Kumar rockets will soar into the night sky this Diwali in Bihar.

Also in great demand are Sonia sparklers named after the AICC chief and Ramvilas Paswan firecrackers.

The firecracker and the sparkler packaging have the pictures of the VVIPs and Bollywood personalities they are named after and the shopkeepers claim that it helps boost sales.

"The big names help to sell fireworks. These politicians and Bollywood actresses are liked by the customers," Nezamuddin, a shopkeeper said.

Demands for 'Lalu atom bombs' and 'Paswan bullet bombs' are a common scene at the wholesale fireworks markets here.

The Patna district administration has banned bursting of crackers before 6:00 pm and after 10:00 pm on Diwali.