On Monday, Tina Ambani posted a message on Instagram for her brother-in-law Mukesh Ambani and his wife Nita Ambani as the couple celebrated their 36th wedding anniversary. 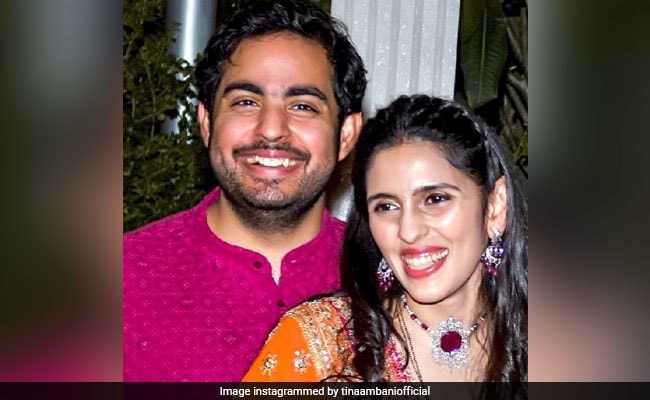 Akash Ambani and wife Shloka are seen in a picture shared by Tina Ambani.

Tina Ambani on Tuesday posted a picture of nephew Akash and his wife Shloka on Instagram to greet them on their wedding anniversary. In a single post, she summed up the couple's journey from being "adorable kids" to "radiant lovebirds" and "now doting parents".

"Celebrating your journey from adorable kids to radiant lovebirds and now doting parents to your own bundle of joy! May your circle of love grow stronger, the bonds of togetherness deepen and each day bring new joys and discoveries. Happy anniversary Akash and Shloka," read her post that has a photo of the couple. They got married in March, 2019.

On Monday, Tina Ambani posted a message on Instagram for her brother-in-law Mukesh Ambani and Nita Ambani as the couple celebrated their 36th wedding anniversary.

Draped in a pink saree, Tina Ambani posted a photo of herself with the couple and her husband Anil Ambani.

Viral Video: Chinese Zoo Tries To Pass Off Dog In Cage As Wolf