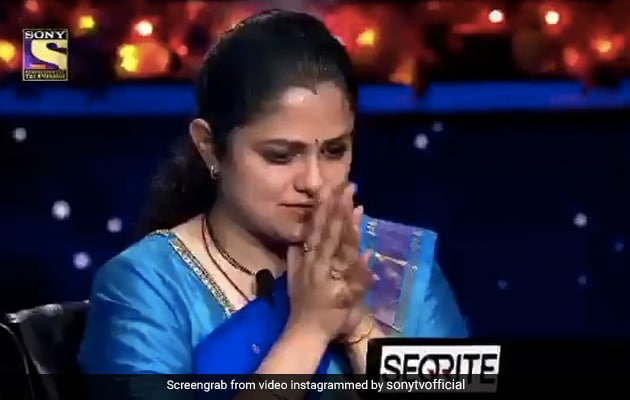 A sneak peak of the episode, shared on Instagram, shows IPS officer Mohita Sharma answering a question on the quiz show for the coveted Rs 1 crore prize.

Ms Sharma answers the question correctly, and her joy is evident. The video then cuts away to give viewers a glimpse of her life as an IPS officer. She then proceeds to the 16th question for the Rs 7 crore jackpot. This time, Mr Bachchan reveals that very few people would know the answer to the question.

Does the IPS officer manage to win the Rs 7 crore jackpot? This will be revealed during the November 17 episode, which will air at 9 PM.

Only two days ago, Nazia Nasim, an alumnus of the Indian Institute of Mass Communication, took home Rs 1 crore by answering correctly the question: "Which of these actresses once won a National Film Award for Best Playback Singer." Ms Nasim answered "Roopa Ganguly", which turned out to be the correct answer.

She also opted for the Jackpot question worth Rs 7 crore but eventually quit as she wasn't sure of the answer.