Read inOther Languages
This Article is From Mar 02, 2020

A TikTok star created a video where one grain of rice represents $100,000. 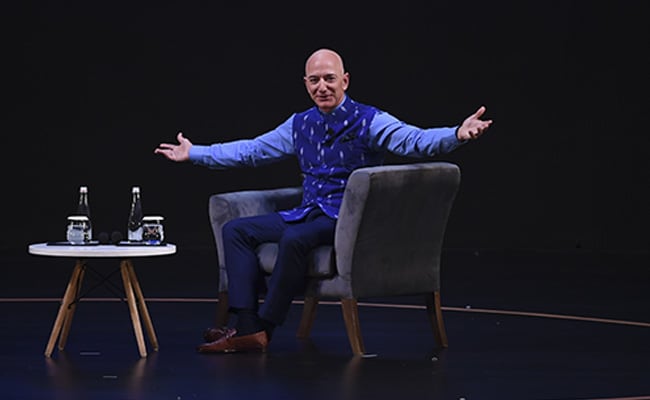 Jeff Bezos joined the Forbes 400 list of richest Americans in 1998.

Just how rich is Amazon founder Jeff Bezos? A viral TikTok video answers with the help of rice grains.

Humphrey Yang, an e-commerce consultant and TikTok star, created a visual representation of Jeff Bezos' fortune using rice, and it has left many stunned. The 32-year-old from San Francisco created a video where one grain of rice represents $100,000 or 1 lakh dollars (approximately Rs 72 lakh).

To represent $1 million, therefore, Mr Yang used 10 grains of rice. A billion dollars amounted to 10,000 grains of rice. In his video, Mr Yang showed what $1 billion in rice grains looks like compared to Jeff Bezos's net worth – which was $122 billion at the time the video was made last week.

Spoiler alert: Jeff Bezos' pile of rice is huge. It's so big that Mr Yang pushed a keyboard into it for scale.

See his net worth represented in rice grains below:

Mr Yang's video has collected over 5 lakh views on TikTok. On Twitter, where it was shared Friday, the video has garnered more than 2.6 million views and nearly 30,000 'retweets'.

The difference between the Amazon founder's net worth and the annual income of an average American household has left many shocked.

The average family income is less than one grain of rice https://t.co/A0OiAbsDI1

Great work ! This also makes me very depressed. Average household makes 60k ? That's like what, 3/5 of the single grain of rice ?!

"I wanted to present the information the best I could without putting a spin on it; other people can put their spin on it," Mr Yang said to Buzzfeed News. "But I realize now after I posted the video that a ton of the comments — I'd say 80% of the comments — are saying that wealth is such an inequality, no one should have that much money, and 'we're out here struggling for half a grain of rice, which is 50K.'"