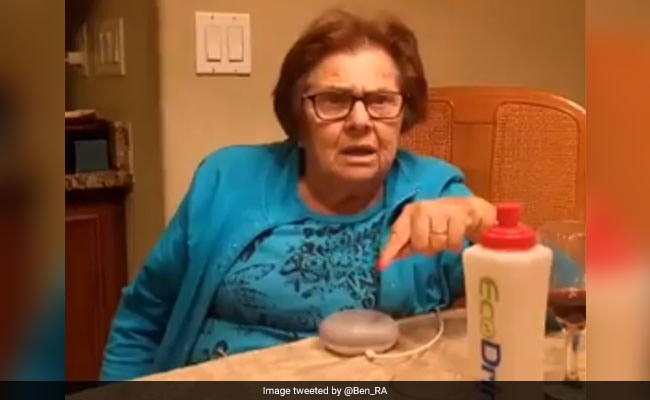 The woman was gifted a Google Home voice assistant for Christmas

With technology updating almost every other day, it is nearly impossible and daunting to keep track of how most gadgets function. Grandparents, at least most of them, have a tough time figuring their way around smartphones and other devices.

One such grandma, 85-year-old Maria Actis from Florida, received a Google Home device as a Secret Santa gift on Christmas and decided to try it out. What followed after is the one of the cutest videos you'll see.

The video, recorded by her grandson Ben Actis, shows the adorable grandma struggling, getting scared, gasping at the home assistant in the over-two-minute-long video and it'll have you laughing out loud.

"Gosh. I am scared. It's a mystery," she exclaims, while holding her husband's hand, when the device tells her the weather.

Her family tells her to say "Hey or okay Google" to get the device to respond.

"Okay goo goo," she instructs the device in her thick Italian accent to play her favourite song.

The device doesn't respond but the room is filled with plenty of laughs.

On internet too, the video uploaded by her grandson has over 3 lakh views.

Her grandson, however, isn't surprised that his grandma is a hit on social media.

"There's a ton of stories where's she's like this, such as the time she fell off the back of my grandfather's the motorcycle the day before their wedding and he didn't notice. She's absolutely this adorable," her grandson told People.

As for the granny, hope she has learned how to use the "goo goo" device.Click for more trending news