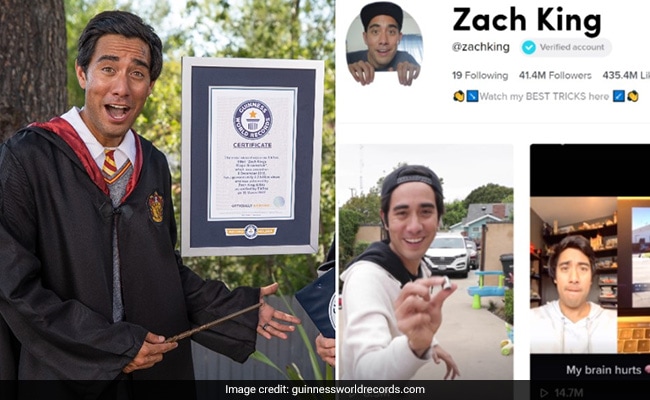 Zach King smashes the TikTok record for most watched video

Zachary King, an American Internet illusionist well-known for his "magic vines," set a Guinness World Record after one of his TikTok videos received 2.2 billion views.

According to Guinness World Records, Zach King of Agoura Hills, California, is one of the web's most well-known content producers and dazzles viewers all over the world with his digital magic skills. With 2.2 billion views, his video is currently the most popular on TikTok.

"That's an incredible number of views to wrap your head around, especially considering that there are 8 billion people on earth and many of them do not yet have internet access." The internet-famous video, titled "Zach Kings Magic Broomstick," was posted on December 9, 2019.

In the caption, Zach writes, "They rejected my application to Hogwarts, but I still found a way to be a wizard."

"I remember that during one team meeting, we realised that Halloween was coming up, and we thought of an idea that used mirrors to make it appear that I was flying on a broomstick," Zach told Guinness World Records.

"We filmed that video in one afternoon with just me and two other guys."

Zach has won numerous accolades over the years, according to the record book, including Best Vine Artist at the 8th Annual Shorty Awards, the Hewlett-Packard Commercial Contest, and the NextUp Creators Contest on YouTube.

"Zach has also been recognised as one of the 25 most promising young filmmakers in America. But Zach was especially excited to learn of his latest Guinness World Records title.