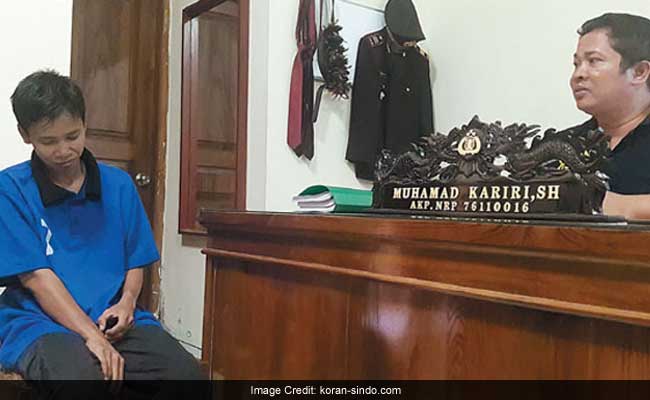 Suwarti has admitted to the deception and could face up to 7 years in prison for falsifying her identity.

Indonesia: An Indonesian woman who allegedly posed as a man in order to get married was arrested after the shocked wife discovered the deception, police said today.

Suwarti, who like many Indonesians goes by one name, was detained on Thursday after the wife alerted authorities, several months after the pair tied the knot in a ceremony on Java island.

The wife, Heniyati, became suspicious when her "husband" refused to consummate the marriage.

Suwarti has admitted to the deception and could face up to seven years in prison for falsifying her identity, according to local chief detective Muhamad Kariri.

"She falsified all the documents for the marriage... My family and I were deceived. We feel so embarrassed," Heniyati, 25, told the Jakarta Post newspaper.

Police said they were still investigating the reason for Suwarti's deception.

All Suwarti would say is that she had been disappointed by a previous marriage, from which she had a 17-year-old child, Kariri added.

When they met, 40-year-old Suwarti gave herself the male name Muhamad Efendi Saputra and said she was a police officer.

After a whirlwind romance lasting a couple of months, the pair married late last year in their home district of Boyolali, with Suwarti reportedly even hiring people to pretend to be her male alter ego's relatives at their wedding.

After several months of married life, Heniyati finally discovered an identity card in Suwarti's wallet showing who she really was, said Kariri.

(This story has not been edited by NDTV staff and is auto-generated from a syndicated feed.)
Comments
IndonesiaDiscriminationSuwartiIndonesian woman