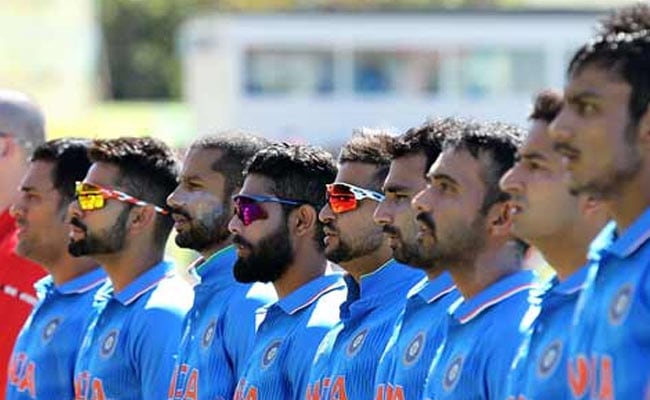 As neighbours India and Bangladesh play their crucial quarter final of the Cricket World Cup in Melbourne, Australia, the top trend on Twitter, no surprise, is #IndvsBan powered by Indian fans cheering, ball by ball, for the batsmen at the crease and Bangladeshi fans praising Rubel Hossain for claiming the prized wicket of Virat Kohli.

But on that list of trends also is #NationalAnthem.

Social Media is abuzz discussing how the same man - Nobel laureate Rabindranath Tagore - wrote the anthems of both countries. Jana Gana Mana, the Indian anthem and Amar Sonar Bangla or My Golden Bengal, the Bangladesh anthem.

Yes there is a game of cricket on, yes this is a knockout match and only one team goes into the semis. But there is also a sentiment of bonding.

Whoever wins Tagore can't lose Ironically anthems of both the countries are written by him Nevertheless my best wishes to team India. Jai ho

Jana gana mana was selected as the Indian national anthem on 24 January, 1950 - two days before India was named a republic.

Amar Shonar Bangla was written in 1905 when Lord George Curzon partitioned Bengal for the first time.

The song was adopted as the Bangladeshi national anthem during the liberation war in 1971. There have been nearly 5,000 tweets around National Anthem and 2,000 tweets on Rabindranath Tagore.

in a World Cup Quarter Final Match is that National Anthem of both countries were written by same poet - Rabindranath Tagore.#INDvsBAN

Meanwhile, Google has geared up for the clash between India and Bangladesh with a colourful doodle.

The Doodle depicts six batting shots dipped in India and Bangladesh flag colours and a caption that reads "It's India vs Bangladesh in the Quarter-Finals".