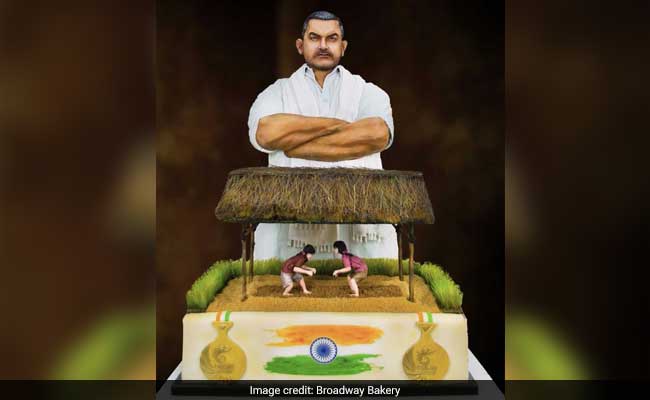 New Delhi: On Independence Day, a decadent tribute all the way from Dubai. At nearly 25 lakh rupees, Broadway Bakery claims they've created one of the world's most expensive edible cakes to mark India's Independence Day. The cake features Bollywood superstar Aamir Khan in character as wrestler and coach Mahavir Singh Phogat from the 2016 blockbuster Dangal. It took Broadway Bakery's team of six cake artists and head chef nearly four weeks (about 1,200 man-hours) to create the edible masterpiece, which was made at the request of a client in Dubai, UAE.

The cake, which is worth a whooping $40,000, or roughly 25 lakh rupees, has a stern-looking Aamir Khan towering over his on-screen daughters Geeta and Babita Phogat wrestling in a traditional akhada, or wrestling arena.

"The idea was to create a design that commemorated India's Independence Day while simultaneously honoring the achievements of its brave people," Dominic Joseph Samuel, Broadway Bakery's head chef tells NDTV. "We felt that the characters (in Dangal) and the story of their struggle gave the cake the soul that it needed...The client being a feminist also loved the pro-feminist themes surrounding the movie." 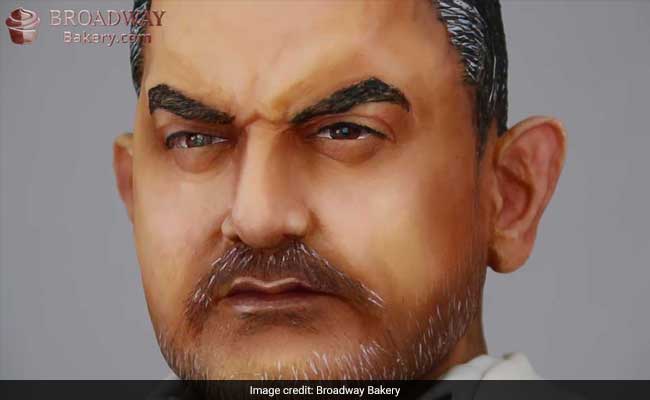 The bakery explains the client wanted gold to be "generously incorporated" in the cake. And so, two Commonwealth Games medals adorn the cake and are each coated with 75 grams of edible gold.

A representative from Broadway Bakery tells NDTV that feedback on the Dangal cake has been very positive. "Some people called in asking us to create a Salman Khan cake while others wanted to know when about the next big cake. We've got some great projects lined up and we're very excited for what the future holds." 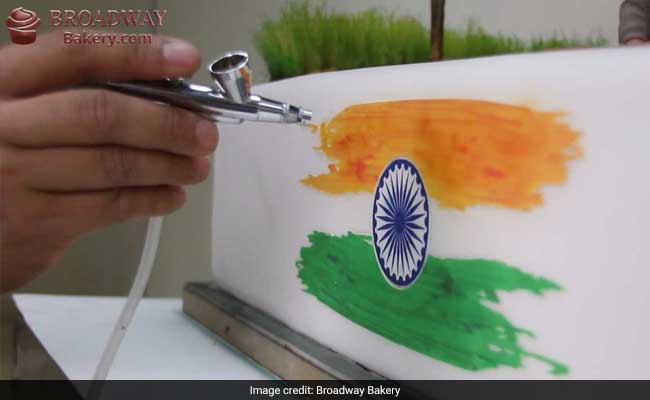 A video posted by Broadway Bakery on their official Facebook page shows just how the cake was put together.


In five days, the video has been viewed over 72,000 times and shared over 930 times on Facebook.

Last month, the bakery created a $27,000, or Rs. 15 lakh, cake as a tribute to Game of Thrones character Tyrion Lannister.Click for more trending news