In This Polar Bear vs Dog Tussle, You'll Be Surprised Who Comes Out On Top

Watch the video below to find out which animal wins the bout. 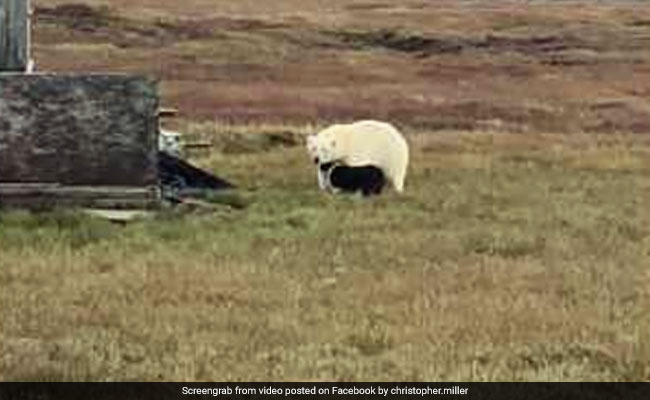 In what seemed like a David vs Goliath contest, a dog took on a huge polar bear in Alaska. A video posted online shows the fight between the two animals after it was caught on camera. And you'll be surprised to see which of the two comes out on top in this match.

Facebook user Christopher Miller, who is reportedly an electrical worker, captured the video and shared it on Facebook two weeks ago. Mr Miller was in Kaktovik for work when someone asked if he was interested in seeing a polar bear, reports UPI. He agreed and went to the person's house to find their dog trying to chase away a polar bear from their property.

The video shows the dog trying to shoo the polar bear away but realises soon enough that its opponent isn't one to take lightly. The polar bear even manages to bite the dog at one point but things suddenly take a surprising turn. We'll let watch the video to find out who wins the bout.

Mr Miller told KTUU that the resident even fired some warning shots in the air while the animals fought with each other. Neither animal was reportedly hurt in the incident.

"I suspect the bear probably knows that dog, and they were looking to play, because let's be honest, if a bear really wants to do something, they're going to do it," Mr Miller told KTUU.

Since being posted on September 6, the video has collected over 1,200 shares on Facebook.