Randeep Hooda posted a short clip from the 2010 movie 'Once Upon A Time In Mumbaai', in which Kangana Ranaut played a Bollywood actress named Rehana Shergill. 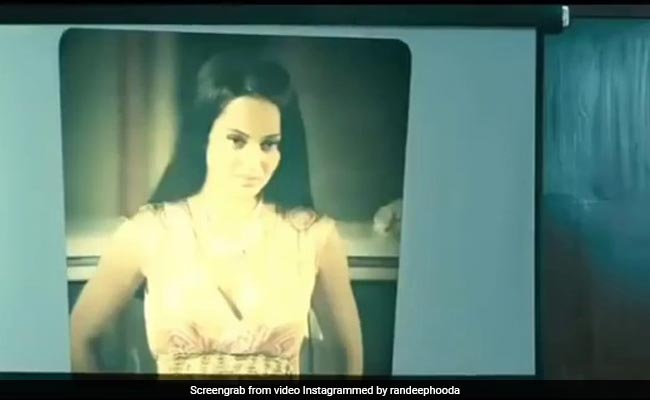 Screengrab from a video shared on Instagram by Randeep Hooda.

As Kangana Ranaut launched a scathing attack on international pop star Rihanna for a Twitter post about the farmers protest at Singhu border in Delhi, her Once Upon A Time In Mumbaai co-star Randeep Hooda could not resist sharing a clip from the 2010 film, in which Kangana Ranaut essayed the role of a Bollywood actress named Rehana Shergill. The similarity between the names of the character Ms Ranaut played and the singer she attacked was not lost on Mr Hooda.

In the short clip from Once Upon A Time In Mumbaai which he posted on social media, Randeep Hooda - who played ACP Agnel Wilson in the movie - is shown a picture of Kangana Ranaut and asked if he knows her.

"The conspiracy is a big one," Randeep Hooda wrote in Hindi while posting the clip on Twitter and Instagram. He also added a laughing face emoji and the hashtags #Throwback and #OnceUponATimeInMumbai.

The throwback video has racked up over 1 lakh views on Instagram within half an hour of being shared.

Mr Hooda was not the only one to notice the similarity between the names "Rehana" and "Rihanna".

When Kangana realised that she played a role named Rehana in Once Upon a Time in Mumbai .

Kangana's name in Once Upon a Time in Mumbai was Rehana ???????? pic.twitter.com/iTgvI82vOe

On Tuesday, Ms Ranaut responded to a tweet by Rihanna in which the singer came out in support of the farmers protesting on the outskirts of Delhi since November against the centre's agricultural laws.

Calling the demonstrators "terrorists", Ms Ranaut, who has 3 million Twitter followers versus Rihanna's over 100 million, said they were trying to divide India and called the singer a "fool".