"Throwback ...Both the boys slamming in Chennai!" wrote AR Rahman. 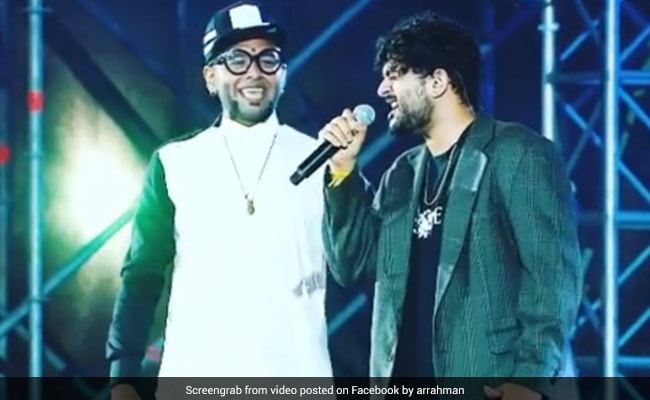 Benny Dayal and Sid Sriram during a concert in Chennai.

While music concerts may not be possible anytime soon, given the ongoing coronavirus pandemic, AR Rahman's throwback video is the next best thing. On Friday, the Oscar-winning composer took to social media to share a clip from a concert in Chennai where Benny Dayal and Sid Sriram came together to set the stage on fire.

While playback singer Sid Sriram is today a big name in Tamil, Telugu, and Malayalam film industries, he got his break thanks to AR Rahman. Sid Sriram made his debut in the 2013 movie Kadal with Adiye, for which Mr Rahman composed the music.

In Mr Rahman's throwback video, Sid Sriram can be seen performing an improvised version of Adiye with singer Benny Dayal, sending the watching crowd into a frenzy. "Throwback ...Both the boys slamming in Chennai!" wrote AR Rahman while sharing the video from his 2019 concert.

Since being shared one day ago, the video has collected over 2. 9 lakh views and hundreds of comments, with many praising the electrifying performance.

"Incredible! Both are just amazing," wrote one person in the comments section.

"Rocking performance," said another, while a Facebook user remarked: "We were there. Unforgettable."

AR Rahman is the recipient of six National Awards and several Filmfare Awards from across Bollywood and the South film industry. His original score for 'Slumdog Millionaire' won him two Academy Awards in 2009.