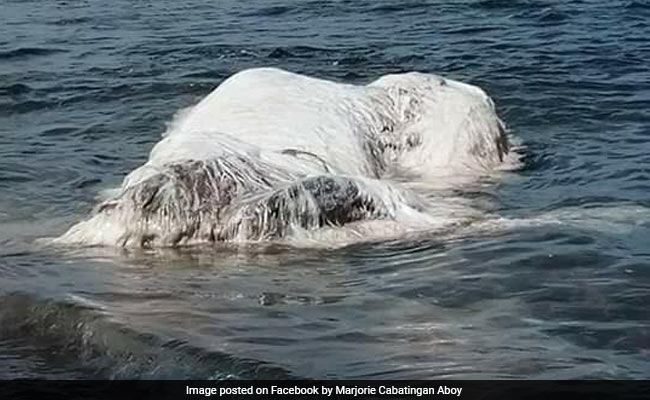 The animal carcass surfaced on February 22.

A huge, hairy animal carcass has washed up ashore on a Philippines beach and has left locals baffled. On the afternoon of February 22, locals began posting pictures of an unidentified, white mass on social media - pictures that have since then been picked up by various news channels. The carcass resembles a hairy mass, with some saying it looks like an overgrown Shih Tzu and others comparing it to the fictional Appa, a character from a show. With this strange discovery, the beach in Cagdainao, Dinagat Islands, has been flooded by people clicking selfies with the carcass and trying to figure out what it is. 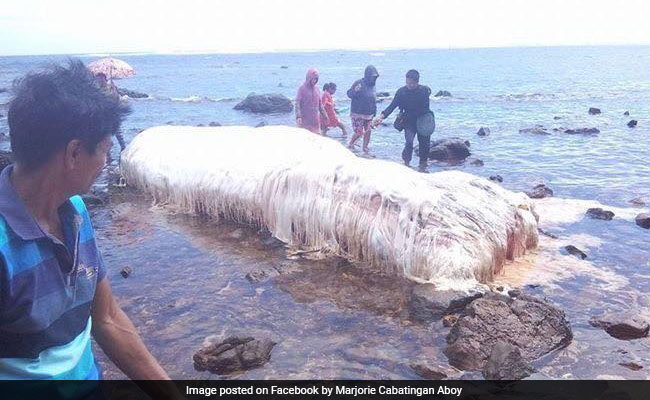 According to Inquirer.net, Sufenia Chua of the Cagdianao Municipal Agriculture Office has said that the 15-feet long carcass is that of a sea cow. The Daily Mail reports that local scientists have confirmed that this is not some strange sea monster but a whale carcass in advanced stages of decomposition.

This, however, hasn't stopped people from clicking pictures with it or speculating about it. As the images went viral on social media, some websites even claimed that the globster - a name given to unidentified sea creatures - is actually the mythical Yeti or an alien.

Promoted
Listen to the latest songs, only on JioSaavn.com
Several unusual creatures have been washing up on the beaches of tropical islands following a quake on Sunday, according to the Daily Mail.

Such globster sightings, however, are not as rare as one might think. Last year in December, a huge mass washed up ashore in New Zealand. Check it out below: 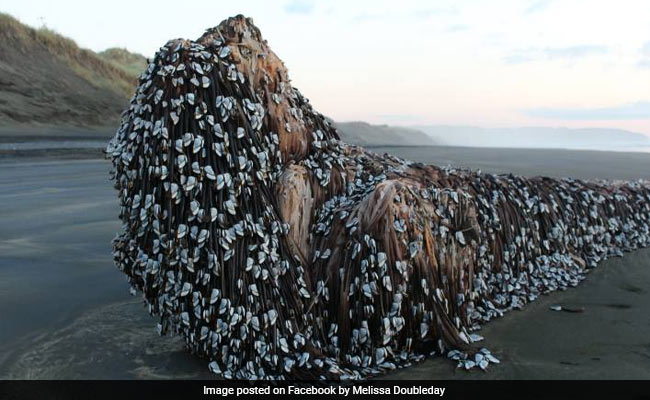 It later turned out to be barnacles clinging to a huge mass of driftwood!