Read inOther Languages
This Article is From Feb 17, 2021

How Many Hands Do You See In This Pic? The Optical Illusion Has Baffled Many 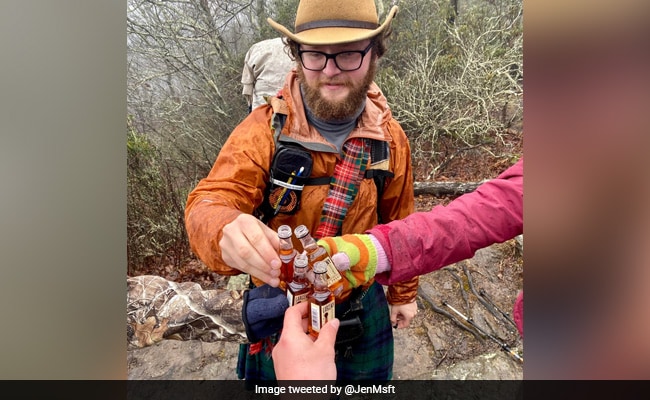 How many hands do you see in this pic?

A photo of a group of hikers has left social media users scratching their heads in confusion - and chances are that it will make you do a double take too. The picture shows the group raising a toast during their hike - but while there are four bottles in the image, most people can only see three hands. Strangely enough, the third bottle appears to be floating mid-air at first glance.

Look a little closer, however, and you may be able to see why this is happening.

The strange optical illusion has left thousands of people baffled on social media. The pic was first shared on Reddit and later re-posted on the microblogging platform Twitter by a user who wrote: "My brain refuses to believe there are 4 people in this photo."

Take a look and see for yourself:

My brain refuses to believe there are 4 people in this photo pic.twitter.com/GOwglY3vyw

Since being shared on Twitter, the picture has racked up more than 2 lakh 'likes' and over 37,000 retweets, along with hundreds of amazed and confused comments.

Most people, when they looked closely at the image, had no trouble discerning the fourth hand that had been camouflaged due to the man's jacket.

"This is honestly the first time I've ever seen cameo print actually do its job," another agreed.

"It's amazing how the brain works...I kept looking and just assumed one guy was taking two shots until you highlighted the camouflage...now it's all sooo clear," a Twitter user remarked.

Love these mind-bending pics? Check out some of the most mind-boggling optical illusions here.