Failing to get inside the dumpster, the bear decides to steal it instead 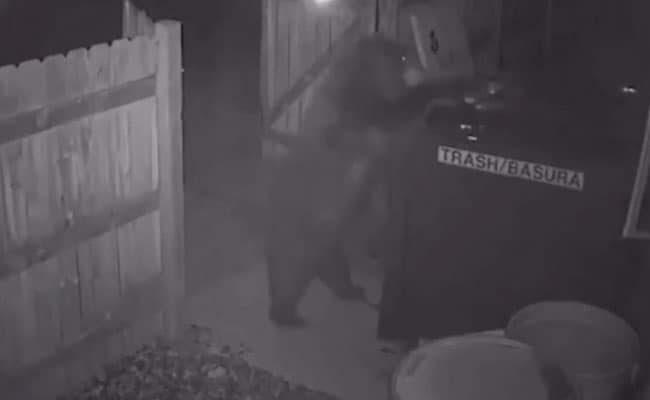 Footage of a bear stealing a dumpster has amused many online.

Instances of bears rummaging through trash are commonplace in the US and Canada. One man, in fact, went viral for sharing a story about a bear that bribed his pet dog with bones to get access to their trash. Now, another black bear in Colorado has gone viral online for getting crafty in his quest to obtain food. Hilarious footage from a marijuana dispensary in Lyons shows the bear stealing an entire dumpster after failing to get into it.

According to Fox 13, the locked dumpster was kept outside the dispensary's back door. Security footage from the site shows the bear attempting to open it. Once he fails to do so, he simply decides to steal the dumpster instead.

The video, shared by Colorado Parks and Wildlife - Northeast Region, shows the bear casually strolling away with the entire dumpster.

Unfortunately, according to them, the would-be-thief remained unlucky as he was unable to get into the dumpster. "No reward for this bear," they wrote while sharing the video on Twitter.

"It will take a community effort, not just one business or home, to secure attractants to prevent bears coming back constantly for an easy meal (trash, bird seed, etc)," said Colorado Parks and Wildlife spokesperson Jason Clay to Fox 13.

"Relocation potentially could be an option on the table if this bear is habituated in town there and reliant on trash. That could escalate into a dangerous situation for a human-bear conflict," Clay said.