Her Father's Dementia Kept Him From Playing The Piano. How Reddit Helped

Jenna thought perhaps if she could figure out the name of the song and learn to play it, it might help jog her father's continuously fading memory. 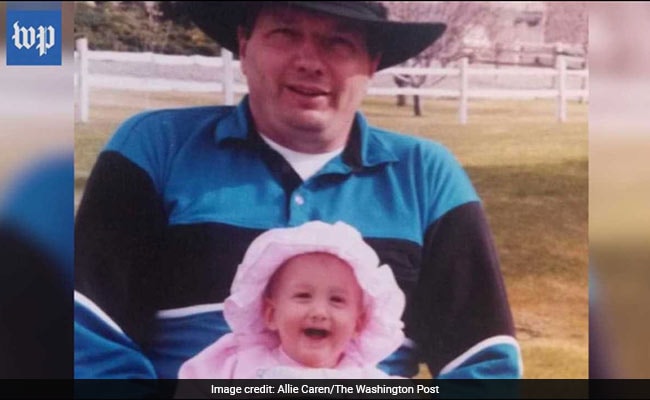 An old photograph of Jenna Glanzer with her father.

Jenna Glanzer started playing the piano in elementary school. Like many children picking up a new instrument, she did not have a say in the matter.

Now the 27-year-old is grateful for it. She says it has helped her stay "sane" - she is currently navigating the painful path of her father's advancing dementia.

The song that brings her peace is the simple child's tune "Little Spring Song." When she was girl, it was her father's favorite song to play on the piano. In fact, it was the only song he ever knew.

"Me and mom would just be off doing something in the house, and we would just hear that song play," said Glanzer, who is a chiropractic student and lives in Marietta, Georgia. "It just always made me happy."

Glanzer's father, Loren Glanzer, 71, does not play the piano anymore. He does not talk much, either.

"I've always been a daddy's girl, so this whole process has been pretty hard," she said.

She is thankful she has the song to hold onto. She almost did not have the song at all.

Two years ago, when her father's memory was already beginning to fade, Glanzer's mom recorded what her father could still play of "Little Spring Song." It was just a few notes. But neither she nor her mother knew the rest of the song, or its name.

Glanzer thought perhaps if she could figure out the name of the song and learn to play it, it might help jog her father's continuously fading memory.

But how would she identify the song to learn it?

Glanzer is very active on the Internet platform Reddit, so she posted a video clip of herself playing as much of "Little Spring Song" as she could reconstruct. She wrote, "Need help identifying this song," and included an explanation of the situation.

"I was hoping that just the right one person was going to see it," she recalled.

When Glanzer woke up the following morning and checked her post, she was taken back.

"I don't get emotional hardly ever, but when I see strangers helping strangers, that's when I tear up a bit," she said.

The video had 28,000 views and tons of comments. She was blown away by how many people, whether they had the answer she was searching for or not, sent her well wishes in her quest.

She learned the song, composed by John Thompson, was familiar to many. Like "Twinkle Twinkle Little Star," many young pianists learned the tune from their beginner's book of sheet music.

Glanzer tracked down the music and recorded a video of herself playing it in full. She sent it to her mother to show to her father. Unfortunately, her father only watched the video for a couple of seconds and then turned away; it did not hold his attention.

Glanzer said it has been hard watching her father, who she describes as "big in stature," decline over the past four years from the disease. He now lives in an assisted living facility in Idaho.

"When it first started, he was talking to everybody," she said. "His favorite thing to do would be sitting in Burger King and everybody who would walk by, he would grab their arm and ask them what their name was."

Over time he became less verbal - a notable side effect of dementia. A year and a half ago, his vocabulary reduced to short responses like "boy" and "mhmm."

The staff at his facility recently had trouble getting him up from the dining table. They suspected he might have a flu-type bug.

Glanzer fills her own silence by spending hours on the piano each week, where "Little Spring Song" slips into her practice when she is feeling homesick. The song soothes her now just as it did when she was a child, when she and her mother would hear her father playing from another room.