After 60 years, Pulitzer Prize winning novel To Kill a Mockingbird (1960) is to get a sequel, and this news has all but broken the internet. Much to everyone's delight, author Harper Lee, 88, whose first and only book till date has warmed the hearts of generations of readers, is set to return this July.

To Kill A Mockingbird traced the life and times of the feisty Scout from the ages of six to nine in the fictional racial tension-ripped small town of Maycomb. Her new book is titled, Go Set A Watchman and will feature Scout as an adult who returns home from New York to visit her father.

To Kill A Mockingbird was a landmark in many ways - letting us see the world from the eyes of a young girl whose righteous lawyer father Atticus Finch, her best friend and elder brother Jem, her school, and a mysterious neighbour, Boo Radley. It captured beautifully and succinctly, the many trials of growing up in a small town during the Great Depression and extreme racial unease.

Littered with quotable quotes, the fairly slim book none the less teaches us a great deal about love, compassion, humanity, society, prejudice and if you think about it, is like a parenting 101 guide.

Here are 10 quotes from the book that redefine the word awesomeness, and fill you with that gooey-lovely feeling that often comes with reading something fantastic.

1. When Atticus Finch told us to stop being so judgmental.

"You never really understand a person until you consider things from his point of view until you climb into his skin and walk around in it." 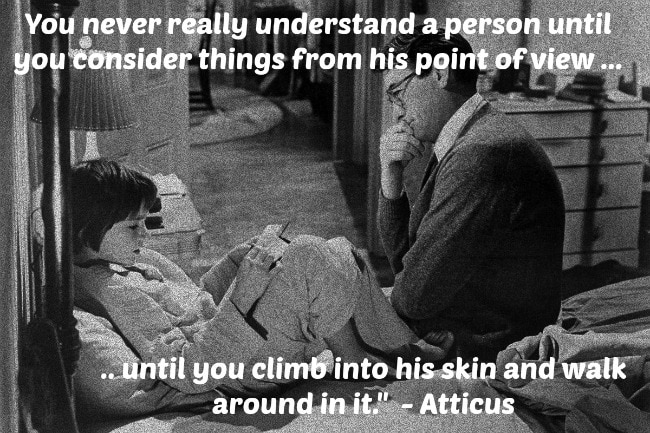 2. When Scout summarised human nature in her blunt fashion.

"Until I feared I would lose it, I never loved to read. One does not love breathing." 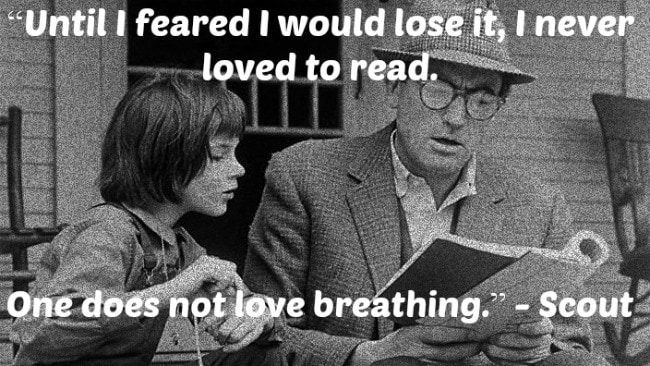 3. When Scout refused to acknowledge any kind of discrimination.

"I think there's just one kind of folks. Folks." 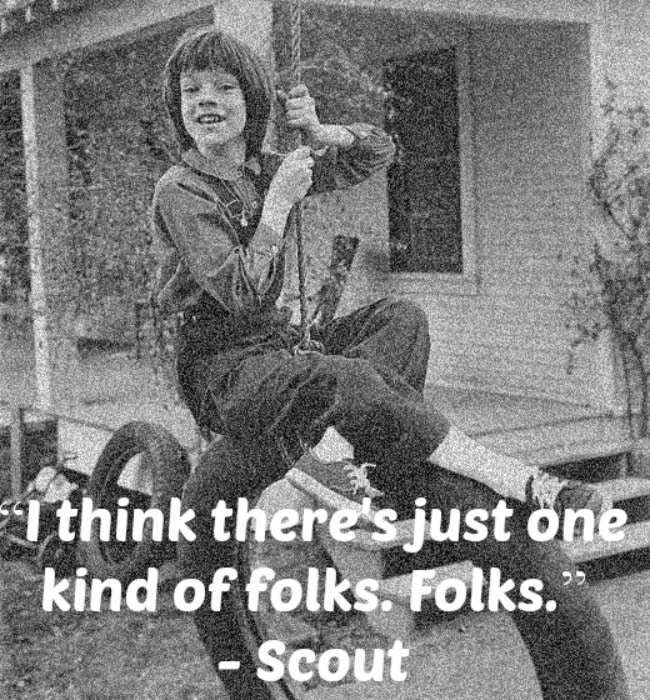 4. When Atticus told us how one's conscience is above any prejudice.

The one thing that doesn't abide by majority rule is a person's conscience." 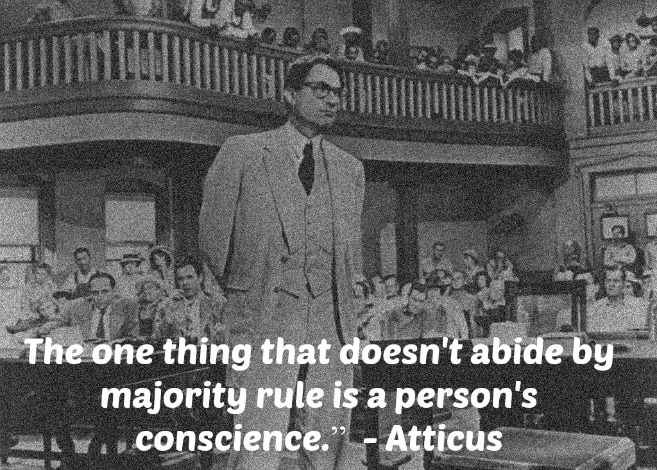 "Atticus, he was real nice."

Promoted
Listen to the latest songs, only on JioSaavn.com
"Most people are, Scout, when you finally see them." 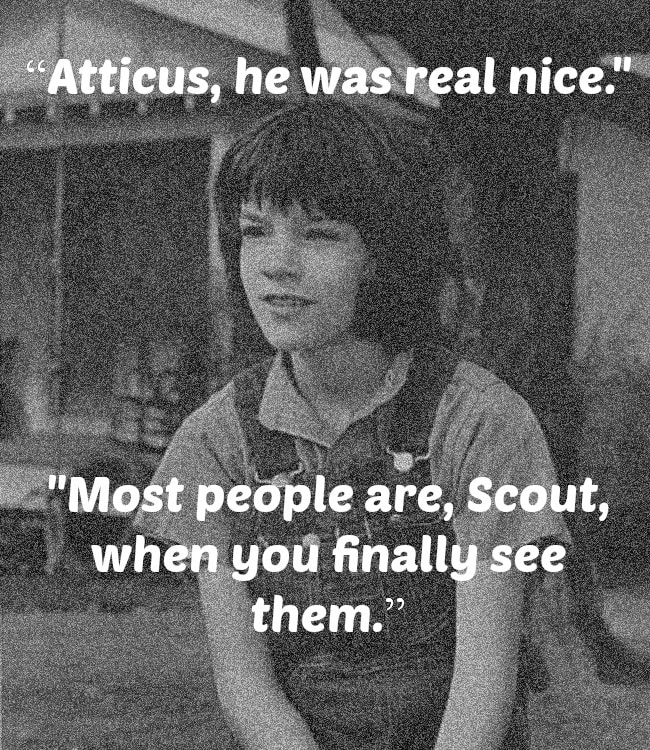 6. When Atticus made sure his daughter grew up with the right advice.

"Atticus told me to delete the adjectives and I'd have the facts."

7.  When Atticus taught everyone the lesson of perseverance.

"Real courage is when you know you're licked before you begin, but you begin anyway and see it through no matter what." 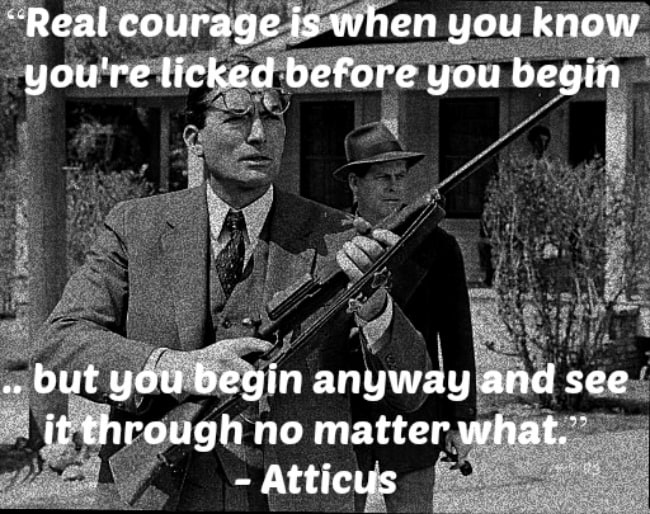 8. When Atticus told everyone to keep calm and carry on.

"It's never an insult to be called what somebody thinks is a bad name. It just shows you how poor that person is, it doesn't hurt you." 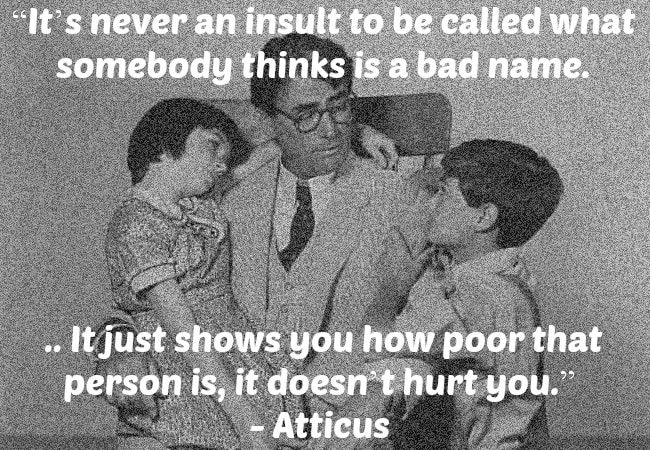 "If there's just one kind of folks, why can't they get along with each other? If they're all alike, why do they go out of their way to despise each other? Scout, I think I'm beginning to understand something. " 10. The quote that defined the book. It is a sin to kill mockingbirds - for they do nothing but produce sweet music. There is a moral there somewhere, if you have it in you to find it.

"I'd rather you shot at tin cans in the back yard, but I know you'll go after birds. Shoot all the bluejays you want, if you can hit 'em, but remember it's a sin to kill a mockingbird." All movie stills courtesy: To Kill A Mockingbird/Universal International Pictures