Glowing Sea Creatures Appear Off California's Coast. No One Knows Why

Millions of jelly-like, glowing organisms have invaded Pacific coastal waters from Southern California to the Gulf of Alaska this year. No one knows why. 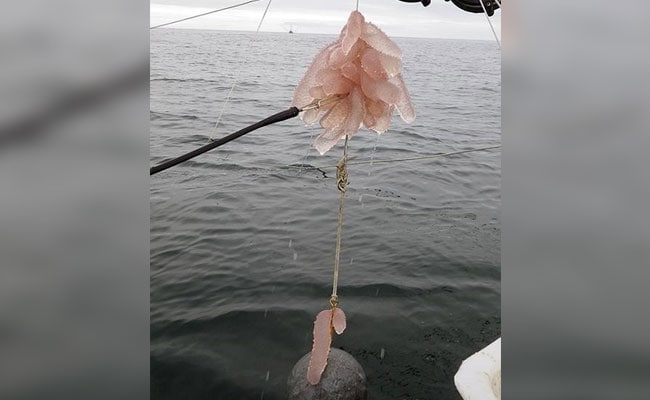 Known as pyrosomes, they are tubular colonies of hundreds or thousands of tiny individual creatures called zooids, enmeshed together in a gelatinous tunic roughly the consistency of gummy bear candy.

No relation to jellyfish, they resemble bumpy, opaque pickles in the water, typically a few centimetres or inches long, though some grow 1 or 2 feet (30cm or 60cm) in length.

They feed by filtering microscopic algae, or phytoplankton, as they float with the current, and are known to glow in the dark - a bioluminescent characteristic that gives the organism its scientific name - Pyrosoma, Greek for "fire body." 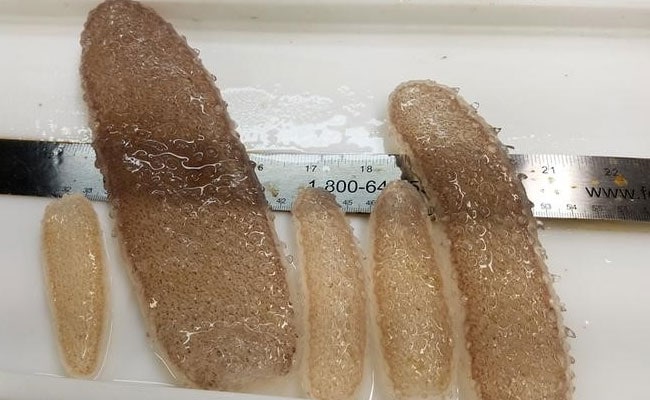 Pyrosomes, known to glow in the dark, have been appearing by the millions along the US West Coast (Reuters)

Pyrosomes have rarely if ever been seen along the US West Coast until 2012, when first spotted in California waters. Since then, they have gradually multiplied and spread north, before exploding in numbers this spring, according to scientists with the National Oceanic and Atmospheric Administration (NOAA).

Although harmless to humans, they have been especially troublesome to the commercial salmon catch in Oregon, with large globs of the rubbery critters clogging fishing gear by the thousands in recent months. Some have even washed ashore.

"It gets to a point where they're so abundant, you can't even fish out there, so you have to pick up your gear and move elsewhere," Nancy Fitzpatrick, executive director of the Oregon Salmon Commission, said on Monday.

A single five-minute trawl with a research net by scientists off the Columbia River in late May scooped up roughly 60,000 pyrosomes, NOAA reported.

Fishermen were also hit in southeastern Alaska, where some crews suspended operations earlier this year when pyrosome densities were at their height, said Aaron Baldwin, a fishery biologist for the Alaska Department of Fish and Game.

"There were clouds of them in the water," he said. 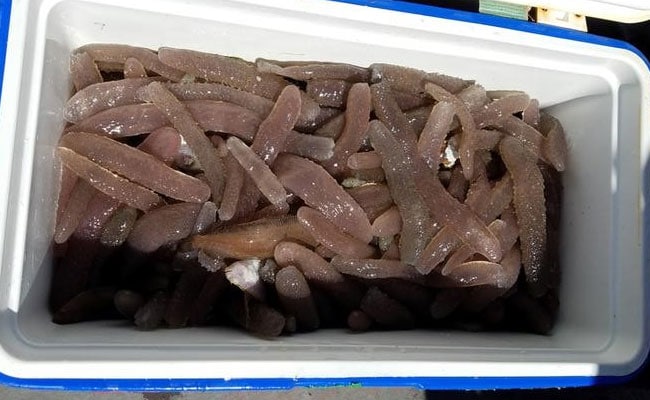 Karen Johnson, who fishes for halibut and tracks pyrosome reports on her Facebook page in Sitka, Alaska, said she has personally seen them glowing in a bucket of live specimens caught by her brother.

"I stuck them in a dark room, and moved the water a little bit, and sure enough, they were bioluminescent," she told Reuters.

Scientists believe the pyrosome phenomenon is related to elevated sea temperatures along the Pacific Coast that have brought other changes to marine life during the past few years, including a surge in California sea lion strandings.

More baffling is how far from the tropics pyrosomes have strayed.

"Certainly being up in Alaska is way out of their range," NOAA research biologist Ric Brodeur said.

Still unclear is whether they will linger long enough to significantly upset the region's food web.

Pyrosomes are extremely efficient filters of phytoplankton, the principal diet of tiny shrimp-like krill, which in turn are a staple for some species of fish, whales and even seabirds, according to biologists.