In the video, the girl is seen huddled in a dry moat in the panda enclosure as two panda bears lumber towards her. 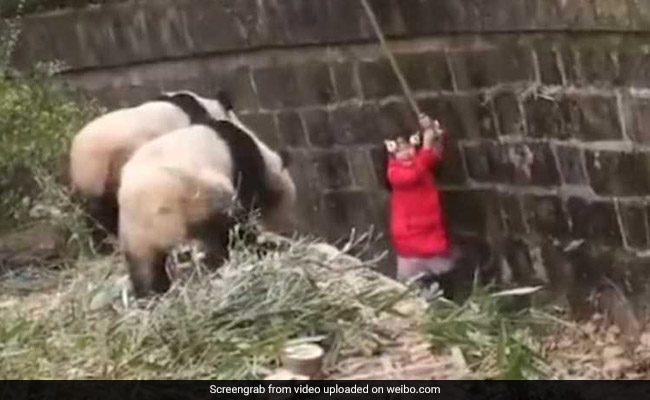 An 8-year-old fell into a panda enclosure in China on Saturday.

A heart-stopping video that went viral over the weekend shows an 8-year-old's rescue from a panda enclosure in China. The incident took place on Saturday at the Chengdu Research Base of Giant Panda Breeding, when the young girl fell into an enclosure with three panda bears.

According to China Daily, the scary incident prompted the research facility in Sichuan province issued a warning: Pandas are not as meek and docile as they appear, and even their keepers maintain a safe distance once the pandas turn 2-years-old.

In the video, the girl is seen huddled in a dry moat in the panda enclosure as two panda bears lumber towards her. A security guard tries to pull her up with the help of a pole, but is unsuccessful. Hundreds of spectators are seen watching the incident unfold.

Then, as a third panda appears to close in on the little girl, the guard abandons the pole and reaches down to grab the terrified girl's hand and pull her to safety.

Liu Guihua, the guard who pulled the girl out of the panda enclosure, has been widely praised on social media since the video went viral. The girl, meanwhile, was reunited with her parents and sent to a hospital for examination.