Gasp! Minister Throws Up During Vows. Now Watch What The Bride Does

This bride wasn't going to let anything ruin her day. 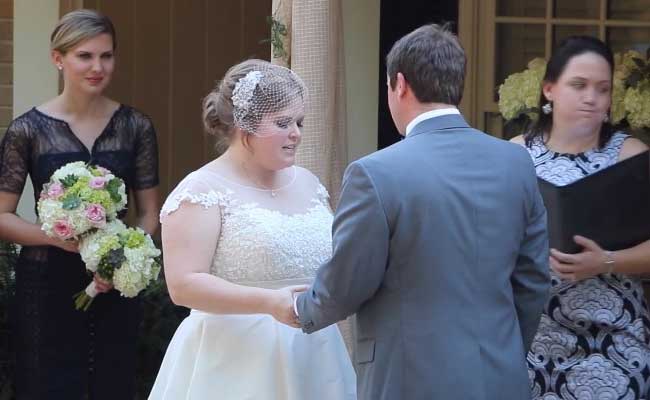 "They will always remember this part," says one commenter on the video.

NEW DELHI: At any wedding, the most romantic and moving moment usually is when the bride and groom look into each other's eyes and say their wedding vows. It makes for the most breathtaking moment and leaves everyone teary eyed. However, at this couple's wedding, everyone's attention was momentarily diverted to a whole other person - their minister.

A video circulating on social media shows the unfortunate moment a minister throws up right in the middle of the bride's vows.

The video shows the bride looking into her groom's eyes and saying the most wonderful things. "I promise to be your biggest advocate and your best friend," she says.

Seconds later, the minister is suddenly seen turning around and throwing up right next to the couple. But just as you begin feeling bad for the poor minister, your attention goes right back to the bride. After a fleeting glance at the minster, she continues with her vows to her groom as planned.

We don't know what happens next but at least we know this bride wasn't going to let anything ruin her day.

"LOL! They will always remember this part," says one commenter on the video. "It's funnier the 15th time," says another.


We just hope the minister was fine. And the bride and groom's day wasn't ruined.