Photos that have gone viral show how Macron turned part of Trump's hand pale with a blood-squeezing grip when they met Friday on the sidelines of the G7 summit in Canada. 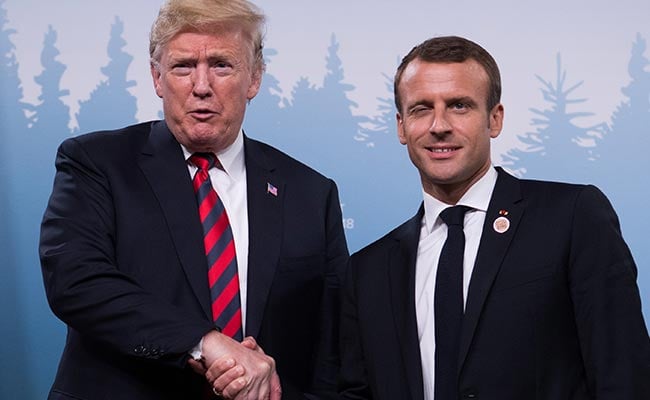 La Malbaie, Canada: They once shook hands for an eye-watering 29 seconds, with neither man willing to show a hint of weakness. Now Emmanuel Macron has left a firm impression on Donald Trump in their latest squeezing contest.

Photos that have gone viral show how Macron turned part of Trump's hand pale with a blood-squeezing grip when they met Friday on the sidelines of the G7 summit in Canada.

Another picture appears to show the 71-year-old Trump wincing slightly as he struggles to get to grips with his 40-year-old counterpart.

The relationship between the two alpha males has been something of a rollercoaster ride since they first met last year, epitomized by their infamous handshake marathon in Paris during Bastille Day celebrations last July. 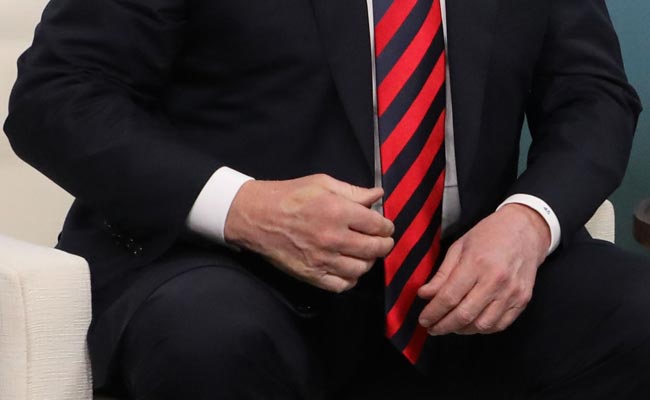 Although Macron was given the honor of the first state visit of the Trump era in April, one of the most enduring images of the trip was when Trump brushed some flecks of dandruff off the Frenchman's jacket in the White House.

The two men also traded jibes on Twitter in the build-up to the summit in Canada, which has been soured by Trump's decision to impose tariffs on steel and aluminum exports from the European Union.

Despite their differences, the two men seem at least to enjoy a mutual respect.