"Focus On Women Instead Of Cows": Miss Kohima Contestant's Message For PM Modi

"If I were invited to have a chat with the prime minister of India, I would tell him to concentrate more on women instead of cows," said Vikuonuo Sachu 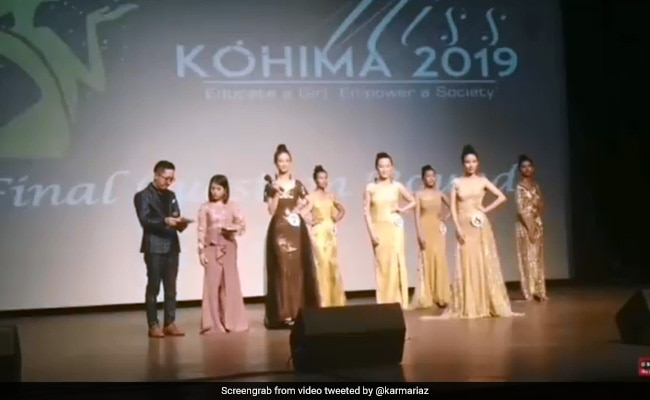 Vikuonuo Sachu during the question and answer round of Miss Kohima 2019.

A contestant at the Miss Kohima pageant, held in the capital of Nagaland on October 5, had a message for Prime Minister Narendra Modi. During the question and answer round, Vikuonuo Sachu was asked by one of the judges what would she tell PM Modi if invited for a chat with him. A video of her answer has gone viral online.

"If I were invited to have a chat with the prime minister of India, I would tell him to focus more on women instead of cows," the 18-year-old said.

Her response drew laughter and cheers from the crowd. Watch a video of it below:

During Miss Kohima 2019 beauty pageant, a contestant was asked the question:

"if Prime Minister of our country Modi ji invites you to chat with him, what would you say?"

She replied: If I were invited by the PM of India, I would tell him to focus more on women instead of cows. pic.twitter.com/Q4HDgjlYWt

The video has been viewed almost 60,000 times on Twitter and has generated thousands of 'likes'.

According to Nagaland Post, Ms Sachu was crowned second runner-up in the pageant.

Incidents of cow vigilantes taking on alleged cattle smugglers have been reported frequently over the last years, drawing criticism from different quarters.

In September, Prime Minister Narendra Modi had said that it is unfortunate that some people get shocked on hearing the words "Om" or "cow".

"Some people, if they hear words like 'gaay' (cow) and Om, their hair stands on end. They feel that the country has gone back to the 16th century. Can one talk about rural economy without animals," PM Modi said as he launched the National Animal Disease Control Programme (NADCP) along with other schemes for farmers.