You just have to show up and clock in at a train station every day. 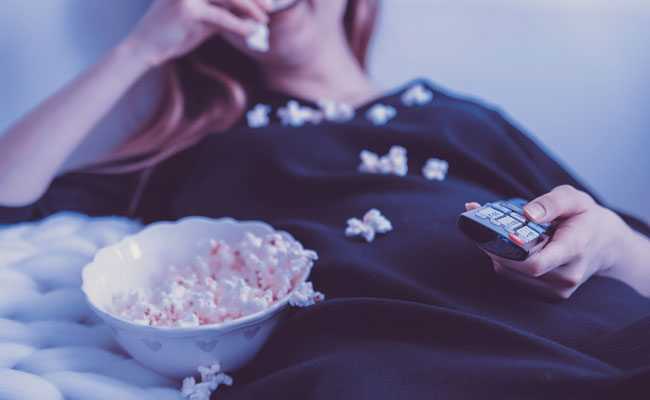 Imagine: For the rest of your life, you are assigned no tasks at work. You can watch movies, read books, work on creative projects or just sleep. In fact, the only thing that you have to do is clock in and out every day. Since the position is permanent, you'll never need to worry about getting another job again.

Starting in 2026, this will be one lucky (or extremely bored) worker's everyday reality, thanks to a government-funded conceptual art project in Gothenburg, Sweden. The employee in question will report to Korsvagen, a train station under construction in the city, and will receive a salary of about $2,320 a month in U.S. dollars, plus annual wage increases, vacation time off and a pension for retirement. While the artists behind the project won't be taking applications until 2025, when the station will be closer to opening, a draft of the help-wanted ad is already available online, as Atlas Obscura reported on Monday.

The job's requirements couldn't be more simple: An employee shows up to the train station each morning and punches the time clock. That, in turn, illuminates an extra bank of fluorescent lights over the platform, letting travelers and commuters know that the otherwise functionless employee is on the job. At the end of the day, the worker returns to clock out, and the lights go off. In between, they can do whatever they want, aside from work at another paying job. They're not even obligated to stay at the station all day long. They can quit or retire and be replaced by another worker anytime they want; otherwise, their employment is guaranteed for life. No specific qualifications are needed, and the artists overseeing the project assured Atlas Obscura that anyone in the world could apply.

"The position holds no duties or responsibilities, other than that it should be carried out at Korsvagen," the job description states. "Whatever the employee chooses to do constitutes the work."

Titled "Eternal Employment," the project is both a social experiment and a serious political statement. In early 2017, Public Art Agency Sweden and the Swedish Transport Administration announced an international competition for artists interested in contributing to the new station's design. The winner would get 7 million Swedish krona, the equivalent of around $750,000. Simon Goldin and Jakob Senneby, a pair of Swedish artists whose previous work was inspired by offshore banking, entered and suggested eschewing the typical murals and sculptures that adorn most transit hubs.

Instead, they wrote, they would use the prize money to pay one worker's salary and give them absolutely nothing to do all day.

"In the face of mass automation and artificial intelligence, the impending threat/promise is that we will all become productively superfluous," their proposal said. "We will all be 'employed at Korsvagen,' as it were."

The pair also cited French economist Thomas Piketty's theory that accumulated wealth has typically grown at a rate that outpaces increases in workers' wages. The result, Piketty argues, is an ever-widening gap between the extremely rich and everyone else. Using that same calculation, Goldin and Senneby predicted that by creating a foundation to prevent the prize money from being taxed, then investing it in the market, they would be able to keep paying that employee's salary for "eternity" - which they defined as 120 years.

A 2017 financial analysis conducted by Sweden's Erik Penser Bank, which the artists submitted as part of their application, concurred. The artists had proposed paying the worker 21,600 Swedish krona a month, the equivalent of roughly $2,312, or $27,744 a year. Factoring in annual salary increases of 3.2 percent, consistent with what Sweden's public sector employees receive, the bankers concluded that there was a 75 percent chance that the prize money would earn enough interest from being invested in an equity fund to last for 120 years or more.

"In this sense the artwork can function as a measure of our growing inequality," Goldin and Senneby wrote.

Deeming the idea to be humorous, innovative and "an artistic expression of great quality," the jury that had been convened to judge the competition decided to award them the prize. There was an "uproar" in Sweden in October when officials announced that Goldin and Senneby's proposal had won, Brian Kuan Wood, a board member for the Eternal Employment foundation, wrote in the art journal e-flux, with outrage coming from politicians on all sides.

"Old Social Democrats accused them of using financial realism to mock the transcendental accomplishments of the welfare state," he recalled. "Neoliberal 'progressives' accused them of wasting taxpayers' money to stage a nostalgic return to that same welfare state." Lars Hjalmered, a member of parliament from Gothenburg who belongs to Sweden's center-right Moderate Party, decried the conceptual artwork as "stupidity" in the news magazine Dagens Samhalle.

In their own writing, Goldin and Senneby fully acknowledge that paying someone to show up at a train station twice a day and punch a time clock is unproductive and thoroughly worthless. That's the idea. Many people believe that art is supposed to be useless, they point out. They also suggest that the pointless job could lead to the creation of a new idiom expressing apathy, indolence and boredom: You're working "as though you were at Korsvagen."