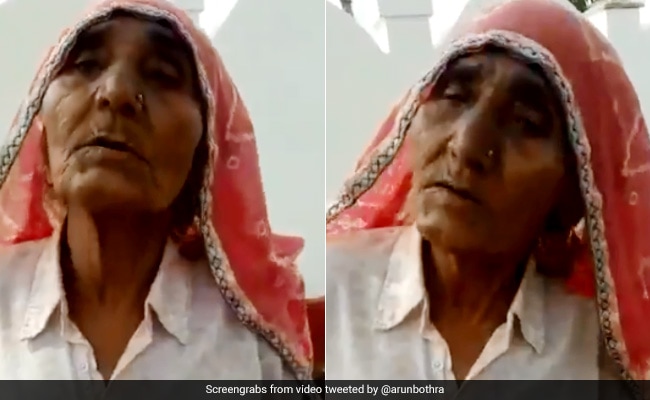 Bhagwani Devi talks about Mahatma Gandhi in her viral video.

A grandma's fluency in English has made for a massively viral video that has impressed many. The video, which recently surfaced online, shows an elderly woman talking about Mahatma Gandhi in fluent English - so good, in fact, that many social media users agreed it gave tough competition to Congress leader Shashi Tharoor, who is known for his linguistic prowess.

The stereotype-shattering video was shared on Twitter by IPS officer Arun Bothra. It shows Bhagwani Devi, dressed in a red saree, talking eloquently about Mahatma Gandhi in English. In the comments section of the video, many identified Bhagwani Devi as a resident of Jhunjhunu in Rajasthan.

"Mahatma Gandhi was one of the greatest man of the world," she says in the video. "He belonged to a very noble family. He was a very simple man."

In the 36-second video, she also tells viewers that Gandhi was the father of the nation and a "lover of non-violence", before concluding by stating her name.

"How many marks out of 10 for the old lady for this spoken English Test?" Mr Bothra asked while sharing the video on Twitter. Watch the clip that's going viral online below:

How many marks out of 10 for the old lady for this spoken English Test? pic.twitter.com/QmPSEd4o0L

Since being shared by Mr Bothra on the microblogging platform this Sunday, the video has collected nearly 3 lakh views and hundreds of impressed comments. While some praised the 'dadi' for her confidence, others answered Mr Bothra's question and rated her spoken English skills.

None of us are competent enough to rate her. She only deserves 🙏

Finally a tight competition to @ShashiTharoor