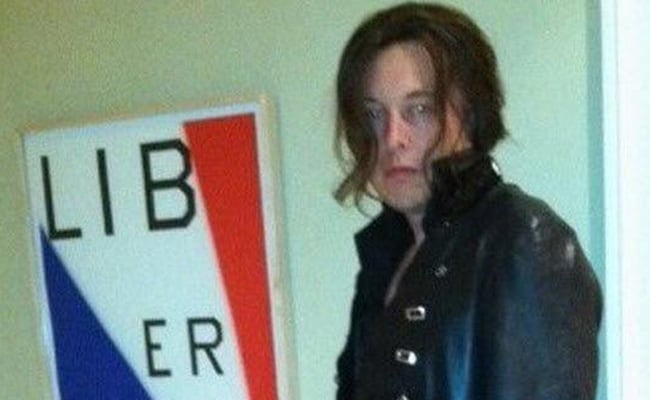 Elon Musk has claimed that he is a 3,000-year-old vampire.

Mention Elon Musk on the Internet and you will soon find yourself falling into a rabbit hole of conspiracy theories. Rumours that the billionaire entrepreneur behind electric cars and (possible) space travel is a time traveler, an alien or a vampire have surfaced online time and time again. They were confirmed by the man himself this morning.

Elon Musk, founder of SpaceX and Tesla, took to Twitter today to reveal that he is actually "a 3000 year old vampire". Much like Edward Cullen of the Twilight series, he has been assuming different identities over centuries to keep up the pretense.

It all began a few hours ago when Mr Musk tweeted about his company SpaceX finally beginning the assembly of Starship SN1. The entrepreneur said that his aerospace company had made a major improvement to the design by fixing wrong settings, which is when a fan chimed in to ask why he had not used right settings in the first place.

The Twitter user shared a photograph of Canadian fighter pilot Raymond Collishaw, who was born in 1893 and bore a striking resemblance to Elon Musk, and asked: "Have you considered time travel to save time, Chosen One? Also why were you in Canada in 1914, why was your name Raymond Collishaw and why was your occupation ace fighter-pilot?"

You would have saved time if you had used the right setting first. Have you considered time travel to save time, Chosen One?

Also why were you in Canada in 1914, why was your name Raymond Collishaw and why was your occupation ace fighter-pilot? pic.twitter.com/1WXAc2hp5G

To this, Elon Musk had a witty response. "Full disclosure, I'm actually a 3000 year old vampire. It's such a trial assuming all these false identities over the centuries!" he wrote.

Full disclosure, I'm actually a 3000 year old vampire. It's such a trial assuming all these false identities over the centuries!

Mr Musk's admission of being an immortal vampire did not come as a surprise to many. In the comments section, many jokingly said they already "knew it".

I figured as much! Either that or you have a hot tub time machine.

It's not the first time that Elon Musk – often hailed a genius and a visionary – has been accused of having superhuman powers.

According to CNBC, former Twitter CEO Dick Costolo had once joked that he must be from the future, given his depth of knowledge. "Elon may be proof that time travel exists, because he seems to have either more hours in the day than the rest of us have, or he's from the future," Mr Costolo had said in 2017. "I'm laughing because [Musk's] ability to think cogently and thoughtfully about such a wide range of topics, while running these multiple companies, and seeming to be running them well is just, I mean, it makes you shake your head. It's remarkable."

2017 was also the year that Elon Musk had claimed to be a time traveler. When a Twitter user asked him if he was a time traveler, he had responded: "I can't hide the truth any more …"