The 19-second video was shared by IFS officer Susanta Nanda on Twitter. 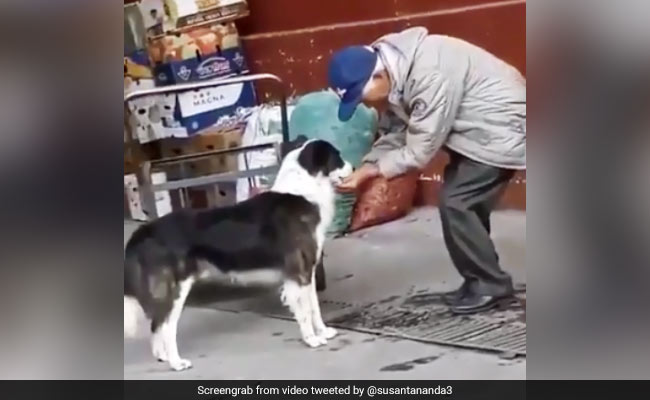 A heartwarming video of an elderly man helping a dog drink water has won the hearts of many.

The 19-second video was shared by IFS officer Susanta Nanda on Twitter with the caption: "You have not lived your day, until you have done something for someone who can never repay you. Be compassionate in what you today."

The old man was seen happily fetching water for the street dog, having poured it into his cupped hands from a tap. Once the four-legged friend finished that, the man even got a refill.

You have not lived ur day, until you have done something for someone who can never repay you🙏🏼
Be compassionate in what you today. pic.twitter.com/SK7zXjCxnc

As the post went viral, Netizens flooded the social media.

A user wrote: "In an era where most of the humans are running after money,power,greed still there are some people with big hearts and love."

Another said: "Wow, meaningful get relieved to see all this."A post read, "Such great words and cute video Smiling face with smiling eyes."