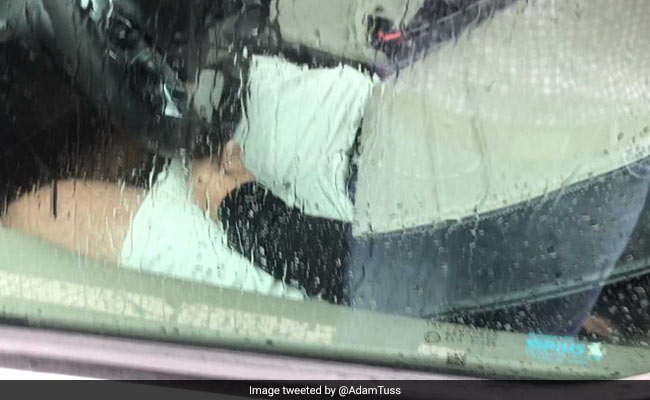 The driver refused to answer questions and sped through a yellow light.

In Arlington, Virginia, USA, last week, a 'self-driving' car was seen on the roads and created a lot of hype. However, according to The Guardian, the car in question did not appear to have a Lidar array, the imaging technology used in most autonomous vehicles, or a human overseer, which made it very intriguing. As it turns out, this was because the 'driverless' car was actually being driven by a man dressed up in a car seat costume.

The strange case of deception came to light when Adam Tuss, a reporter with NBC Washington, tracked the car down and found that it was actually being driven by a man disguised as a beige and black car seat and holding the steering wheel low.

Alert!!! We found the supposed self driving van in Arlington - and there's a guy hiding behind the seat!!! @nbcwashingtonpic.twitter.com/EeI7rhQi1R

"I looked out and I said, 'Oh my God, there's a guy in a seat costume,'" says Mr Tuss, according to NBC Washington. "How's that possible? Your brain can't get around it for a second."

When Mr Tuss tapped on the window and tried to talk to the driver, he didn't say a word and drove past a yellow light, reports NBC Washington.

Here's me trying to talk to a man in a car seat costume @nbcwashingtonpic.twitter.com/e5humOM7uS

His tweet has been liked almost 3,500 times and has made many laugh.

Meanwhile, according to NBC Washington, the Virginia Tech Transportation Institute says that the van and van driver are part of a study they are conducting on driverless cars. The worker was wearing the uniform he was supposed to wear.

The man in the costume was not made available for a comment.Click for more trending news