Downton Abbey Opens Its Doors With Airbnb - But There's A Catch

Booking will open on October 1 on a first come, first served basis 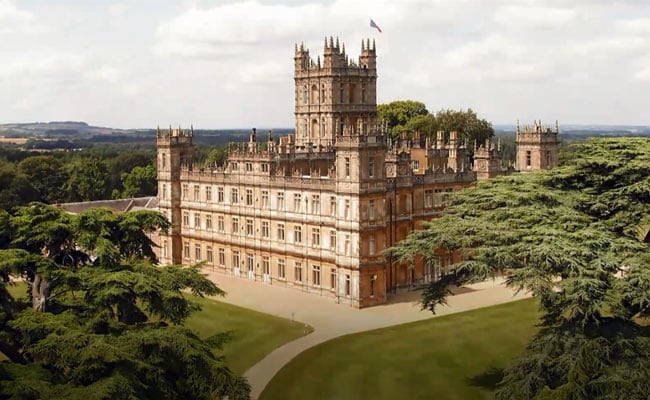 Highclere Castle's great hall, library and other rooms were used for the filming of Downton Abbey.

Two Downton Abbey fans will soon get the chance to live like a Crawley for a night when Highclere Castle, the main filming location for the Emmy Award-winning drama, lists on Airbnb.

As a promotion for the upcoming film Downton Abbey, which will premieres on Sept. 20 in the U.S., the estate in Hampshire, England, is opening its doors to two guests for a one-night stay on Nov. 26.

George Herbert, the 8th Earl of Carnavon, and his wife, Countess Fiona, live at the castle when it is not open to the public. They will invite the guests for cocktails in the saloon, followed by dinner in the state dining room, where they will be served by the castle's butler. Then they'll receive coffee in the library before retiring to one of the principal bedrooms, with views of the rolling hills.

In the morning, the guests will receive a private tour of the castle grounds, which include gardens of roses and lavender, along with beech and oak woodlands.

"It's an absolute privilege and pleasure to call Highclere Castle my home, and I am delighted to be able to share it on Airbnb for a truly unique stay," Lady Carnarvon said in a statement announcing the listing.

The history of the Highclere dates to 749 A.D., when an Anglo-Saxon king gave the estate to the bishops of Winchester, who built a medieval palace and gardens. In 1679, the palace was rebuilt after being purchased by Robert Sawyer, a direct grandfather of the current earl, and then was transformed into Highclere Castle with renovations in 1842.

During the summer months, the castle opens its doors to about 1,200 visitors per day, five days a week, starting at 16 pounds.

The PBS Masterpiece series gained a fervent following during its six-season run; its finale drew 9.6 million viewers. The series followed Lord and Lady Grantham as they navigated Edwardian England with their family and servants, from the sinking of the Titanic in 1912 until 1925. It was nominated for 69 Emmys and won 15.

Despite the castles's 100,000 square feet and 300 rooms, there are still a few drawbacks to staying there. No pets are allowed (sorry, Isis), but there are nine dogs on the site. Only one butler is allowed per person, so manage your expectations accordingly.