Don't Call 911 If Facebook Is Down, Tweets This Police Department

Yes, people call to report that Facebook is down. No, it's not an emergency 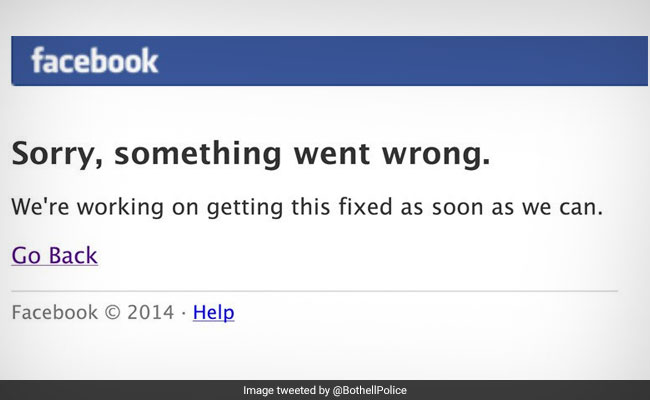 It's probably because of instances such as these that the facepalm emoji was invented.

Those who are obsessed with Facebook - sharing updates, scrolling through their news feed, tagging friends in various memes - can find it very tough if the site or app suddenly doesn't work. However, even if it feels like that's an emergency that needs some quick action, calling 911 about it isn't a good idea. Yes, apparently people do that.

The official Twitter handle for Bothell Police recently put up a tweet stating that Facebook being down isn't an emergency and one perhaps shouldn't call 911 about it. Their tweet has since been circulating and has collected quite the hilarious reactions.

We will move mountains to help those in our community, however we can't fix Facebook so please don't call 911 to "let us know its down." pic.twitter.com/6K5C2s3Vsk

It's probably because of instances such as these that the facepalm emoji was invented.

The tweet has collected quite a few reactions. Most people can't seem to believe this even happens. Here's what people have to say:

My daughter is a dispatcher and I hear about the crazy calls coming in for just smoke in the air or their out of toilet paper.

Funny..I hope we don't call you for fixing the internet :)