The video of the robbery is adorable 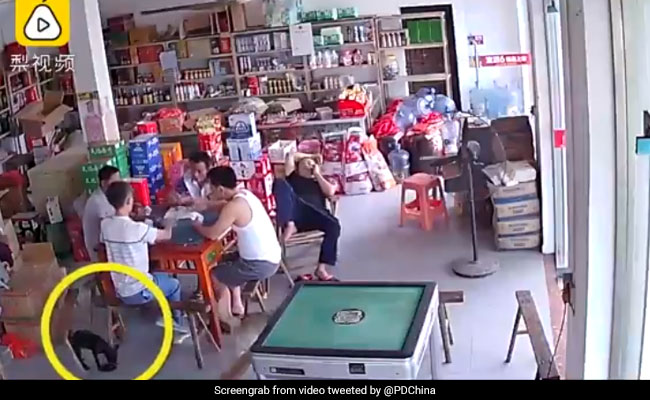 The dog discreetly grabs the wallet lying on the floor and sneaks off with it.

When it comes to thefts caught-on-camera, you'll be hard-pressed to find a cuter one. A video circulating online shows a dog nicking a man's wallet like it's no big deal. The video of the robbery is so adorable, the dog somehow manages to steal people's hearts away as well.

Posted on Twitter by People's Daily, China, the video shows a group of men playing cards together. A CCTV camera records what follows next. A wallet falls out of the back pocket of one of the men. Seconds later two dogs are seen walking by the group. It's the smaller of the two pooches that discreetly grabs the wallet lying on the floor and sneaks off with it. The dog even drops it moments before stepping out the shop but manages to drag the wallet out. The men, meanwhile, remain oblivious to the theft.

Watch the "smooth criminal" in action below:

The video has managed to win over many on social media.

"The dog must be trained," says one Twitter user. "Good doggy!" says another. "You made my day..." says a third.

Tell us what you think of the video using the comments section.