The snake couldn't move and free itself 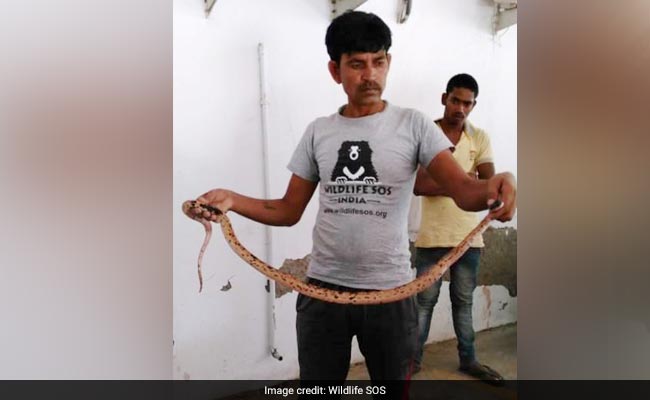 Maintenance staff at the Indian Oil Apartments, Noida made a scary discovery while cleaning the building courtyard recently. They spotted an approximately five-foot snake stuck in a crevice. Conservation NGO Wildlife SOS was called in to help.

The organisation's Rapid Response Unit received the distressed call from the building. Upon arriving at the scene, the team discovered that the snake was a Black-headed Royal Snake (Spalerosophis atriceps). It is also known as a diadem snake. These snake are not deadly to humans - they coil up and hiss under stressful situations but rarely bite. 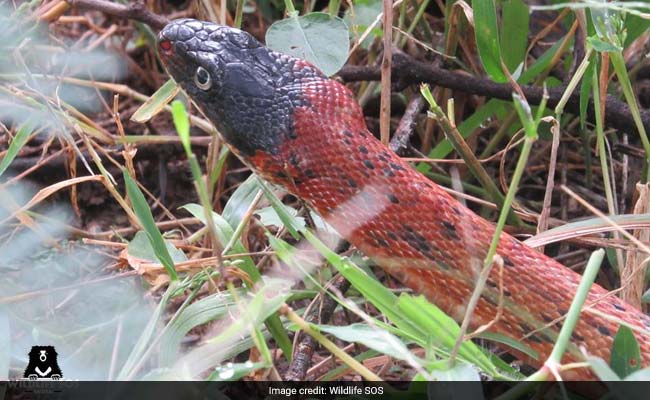 Royal snakes (or spalerosophis atriceps) aren't deadly to humans - they coil up and hiss under stressful situations but rarely bite. (Representational Image)

The reptile was distressed as it couldn't move inside the crevice and free itself. Two snake rescuers from the NGO worked in tandem to rescue the snake, ensuring it as little stress as possible. Once the snake was rescued, it was released into the wild after a few hours of observation.

Promoted
Listen to the latest songs, only on JioSaavn.com
"Snakes making their way in to buildings and residences is a common occurrence during the summer months. Since reptiles are cold-blooded their body temperature varies with that of the environment, therefore they are unable to self-regulate their temperature if they get too warm. To combat this they often find places to retreat to during the hottest time of the day, which often can be a cold concrete floor or a hole in a wall," Kartick Satyanarayan, co-founder & CEO of Wildlife SOS said.

Last month, the NGO rescued a five-foot snake from an air cooler in the library block of the Delhi Assembly.  It was the second royal snake to be rescued by the Wildlife SOS team from the Vidhan Sabha this year.Click for more trending news