Did Donald Trump Actually Greet The Queen With A Fist Bump? Watch 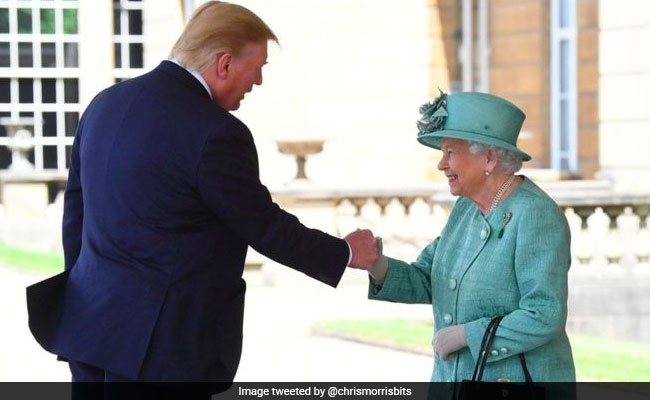 Donald Trump's ongoing three-day state visit to the UK has not been without its fair share of gaffes. The first one, in fact, occurred right as Mr Trump and his wife, Melania, were welcomed to the Buckingham Palace by the Queen on Monday. Footage from the meeting shows the US President reaching out to shake the Queen's hand, but the camera angle, coupled with his strange handshake, left many users scratching their heads. This happened because the video appears to show Mr Trump fist-bumping the Queen.

The video prompted a flood of surprised tweets:

nice to see that the Queen agreed to fist bump President Trump #TrumpUKVisitpic.twitter.com/KBKliCrrz2

Is Donald Trump giving the Queen a fist bump? This guy ???? pic.twitter.com/AaAnzmypNT

However, as many on social media pointed out, Mr Trump did not actually fist-bump Queen Elizabeth. Rather, as the video above shows, he clenched her hand in his instead of shaking it with a flat hand, as is the norm. The result? A viral video which appears to show him fist-bumping the British monarch.

This, however, wasn't the only thing from the state visit that caught the Internet's attention. At a state banquet, Mr Trump also appeared to pat the Queen on her back, which many called a blatant violation of an unwritten rule: don't touch the Queen.