Deer Rushes Straight At Man, Knocks Him To The Ground In Shocking Video 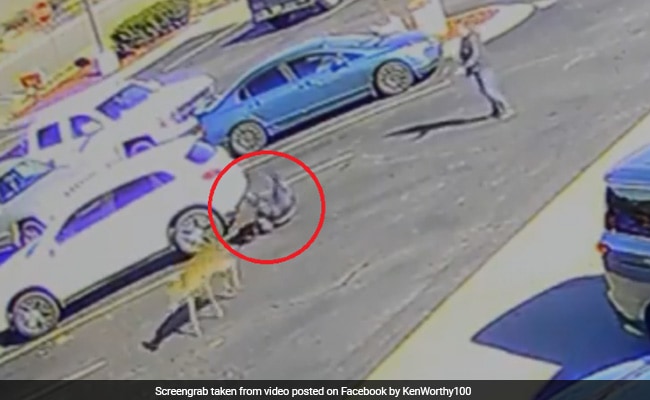 A deer trampled a man in a shocking incident in North Carolina.

The "absolutely nuts" moment a deer appeared out of nowhere and trampled a man was captured on surveillance cameras in North Carolina last Wednesday. Ken Worthy had just finished lunch at a McDonald's outlet in the city of Locust and was walking to the parking lot with his wife when he was knocked to the ground by the frenzied deer.

"It was absolutely nuts," Ken Worthy said to news outlet WSOC. He said that he and his wife were walking out of McDonald's with Diet Cokes in hand when the deer appeared.

Footage of the incident shows the animal running straight at Mr Worthy and knocking him to the ground. It was posted by Mr Worthy on Facebook on Tuesday, where it has collected more than 2.7 lakh views.

"Life is crazy sometimes. God is good ALL the time! Not injured," he wrote while sharing the video.

"Wow! If he had hit you straight on, we would not be here to laugh about it!" wrote one person in the comments section. "OMG! How crazy was that?!! Glad you weren't hurt!" said another.

Mr Worthy told WSOC he was grateful the outcome of the accident wasn't worse.

"It wasn't my wife," he said. "It wasn't kids in the parking lot. It could have been worse. We're very blessed."

He added that he did not spill his Diet Coke, either. "There's important things in your life and Diet Coke is one of them," Mr Worthy joked.