"This is the most remarkable thing I've ever seen on Facebook. Thank you, officers," wrote one person in the comments section. 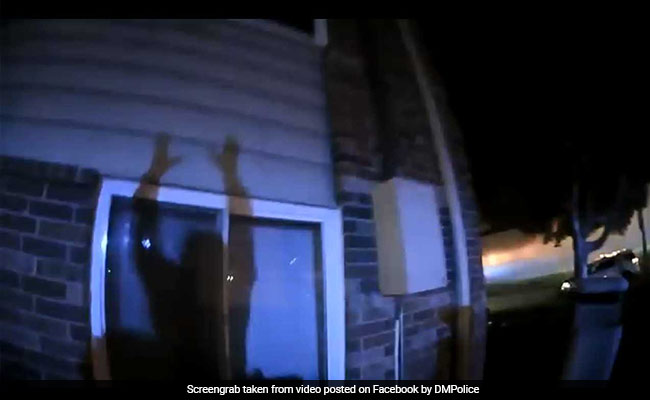 Bodycam footage shows four cops catching children as they are dropped from a burning building.

Senior police officers in Des Moines, Iowa, came together to save three children from a burning apartment building on Tuesday. The officers - Cole Johnson, Craig Vasquez, Tyler Kelley and Casey Sanders - caught the children as they were dropped down to safety from a third-floor window - an act that has earned them a lot of praise and appreciation online. The incident was captured on a body camera, and the footage shared online by Des Moines Police.

"Officers arrived [at the scene] to find that heavy smoke was preventing their access to the 3rd floor.

"Senior Police Officers Cole Johnson, Craig Vasquez, Tyler Kelley, and Casey Sanders quickly positioned themselves outside the building, and caught children that were dropped to them from a 3rd floor window. All are well..." wrote the police department while sharing the footage.

Since it was shared online, the footage has been viewed over 51,000 times. It has also collected hundreds of comments praising the cops for their quick-thinking and courage.

"This is the most remarkable thing I've ever seen on Facebook. Thank you, officers," wrote one person in the comments section. "Wow, what amazing officers! Thank you for ALL you do!" said another.

In a separate post, the police department thanked the four officers.

According to local reports, no injuries were reported from the fire. Firefighters are still investigating the cause of the fire.