"It was a traditional marriage ceremony, only it was underwater," says the groom. 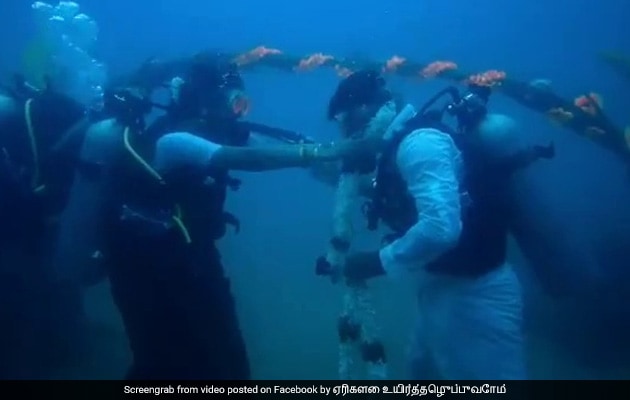 They took the plunge - literally. A couple dived 60 feet underwater for a unique wedding ceremony on Monday morning in Chennai. V Chinnadurai and S Swetha got married in what is being called the first traditional Hindu underwater wedding, reports the Times of India. The bride and groom reportedly woke up at the crack of dawn to dive off the coast of Neelankarai dressed in their traditional wedding finery.

The bride wore a red sari and the groom dressed up for the big day in a dhoti. This despite the fact that before the wedding, they had only practiced diving in wet suits.

"It was a traditional marriage ceremony, only it was underwater. We dived in at an auspicious time in the morning and exchanged garlands and tied the thaali before 7.30 AM as per instructions from our priest," groom Chinnadurai, a software engineer and a licensed scuba diver, told TOI. 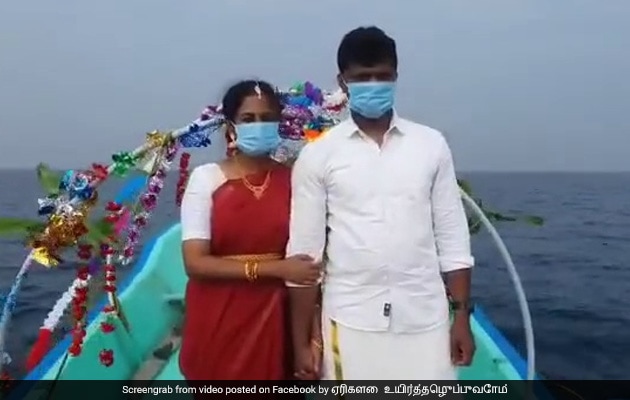 While the groom has been scuba diving for 12 years, the bride took lessons in the month leading up to the wedding. She said it was the groom's family who suggested an underwater wedding.

"But they convinced me and after due training in a swimming pool and also after a few scuba diving sessions, I was confident enough and took the plunge today. The first time that I went to the bottom of the sea, I saw live fish swimming by me. It was an experience of a life time," Swetha told The Hindu.

Videos from the underwater wedding were shared on Facebook. You can watch it here.

Describing the ceremony, the groom said that it took 45 minutes to complete the underwater rituals and added that they chose to get married in this unique manner to spread awareness about water pollution. "We are worried about finding masks under water. We wanted to create an awareness about this and so chose our wedding as an occasion," he said.

Anand Mahindra Wants A "Victory Vaccine" Made From Ben Stokes