'Cheap Thrills' Gets A Rajasthani Twist In This Mashup. Sing Along 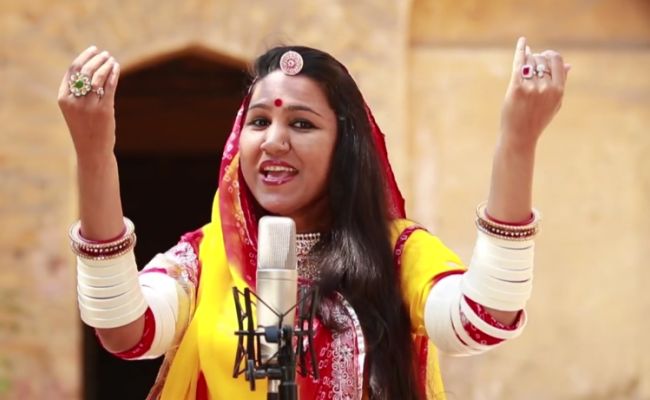 The video has received over a million views so far.

NEW DELHI: Just when you thought all the different versions of Sia's Cheap Thrills were done and over with, here comes another one. Rajnigandha Shekhawat, one of the singers who sang the title track of Badrinath Ki Dulhania, has shared her version of the peppy dance number. This one brings a lovely Rajasthani twist to the song and chances are, you'll be hooked just like us.

The mashup combines Cheap Thrills with a Rajasthani folk song, Ghoomar Ko Lenjo. Both songs have been sung by Ms Shekhawat. The video shows her dressed in traditional Rajasthani attire performing the peppy number.

Since being shared on April 4, the video has received over a million views, some 19,000 shares and more than 14,000 reactions.

"One of the most beautiful and amazing tracks I've heard. Beautiful, great, great job. Best thing - used Rajasthani instruments Rawanhattha, morchang etc," says on commenter on the video. "OMG you're just amazing! After watching this I'm your huge fan. The blend of this English song and Rajasthani music and beats... it was lovely hearing this one," says another.


Tell us what you think of the video in the comments section below.