David MacNeil, CEO of car accessory manufacturer WeatherTech, found last year that his golden retriever had a tumour on his heart. 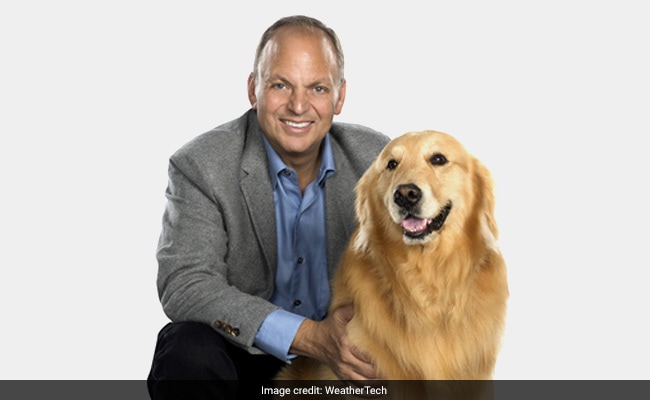 David MacNeil with his dog, Scout.

One grateful dog owner has spent $6 million on a Super Bowl ad to thank vets who saved his beloved pet's life. David MacNeil, CEO of car accessory manufacturer WeatherTech, found last year that his golden retriever had a tumour on his heart, reports CNN.  The 7-year-old dog, named Scout, was diagnosed with cancer in his blood vessel walls and had a 1% chance of survival.

"There he was in this little room, standing in the corner," Mr MacNeil said. "He's wagging his tail at me. I'm like, 'I'm not putting that dog down. There's just absolutely no way.'"

So in June 2019, Mr MacNeil took Scout to the University of Wisconsin School of Veterinary Medicine, where the dog received chemotherapy, radiation therapy and immunotherapy.

By September, reports Fox News, the tumour had miraculously decreased by 90 percent. Today, the tumour is almost gone.

To express his appreciation, and to raise awareness about cancer in dogs, the CEO bought a $6 million advertisement will air during the Super Bowl football championship in USA. The advertisement, he hopes, will inspire people to donate directly to the veterinary school.

The commercial has been viewed over 34,000 times since it was shared on YouTube Tuesday.

"Scout's illness devastated us," David MacNeil said to Fox News. "We wanted this year's Super Bowl effort to not only raise awareness, but also financial support for the incredible research and innovative treatments happening at UW SVM, where Scout is still a patient.

"We wanted to use the biggest stage possible to highlight Scout's story and these incredible breakthroughs, which are not just limited to helping dogs and pets. This research will help advance cancer treatments for humans as well, so there's the potential to save millions of lives of all species," he added.

Funds raised through Scout's Super Bowl commercial will support research at the vet school and contribute to the purchase of equipment.