Canada's Chilly Weather Has Even Penguins Taking Shelter From The Cold

With a five-month-old penguin chick still maturing, zoo officials decided to draw a line in the snow on Sunday, setting minus 25 as the birds' limit. 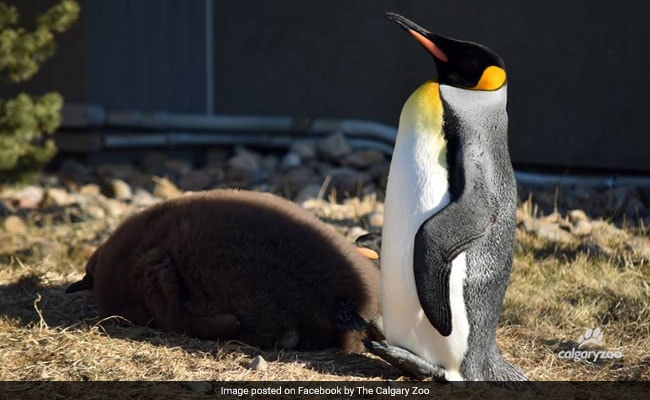 Calgary Zoo has moved 10 King penguins into a heated enclosure, where they can still be viewed by humans

Montreal: Just how cold is it in Canada? Ask the penguins at the Calgary zoo: Even they have had to take shelter.

King penguins -- one of five species at the zoo in western Alberta province -- are certainly accustomed to chilly weather, more so than species like the Humboldt that prefer somewhat warmer climes, said zoo curator Malu Celli.

But with a cold snap pushing temperatures below minus 30 degrees Celsius (minus 22 Fahrenheit) on New Year's Eve -- and feeling more like minus 40 in the wind -- and with one five-month-old penguin chick still maturing, zoo officials decided to draw a line in the snow on Sunday, setting minus 25 as the birds' limit.

They brought the 10 kings into their heated enclosure, where they can still be viewed by humans brave enough to be out.

Across Canada, planned New Year's Eve festivities in several cities -- for humans, that is -- were moved indoors amid a particularly brutal cold snap.

For nearly a week, most of Canada has been under an extreme cold alert.

At midday Monday, the country's coldest temperature was registered in Eureka, in northern Nunavut territory, at minus 40.5 degrees. The highest was in Prince Rupert, in the western province of British Colombia, at minus 7.5 degrees.

It suggested dressing in warm layers "that you can remove if you get too warm" -- a luxury penguins don't have.