Can You Spot The Leopard In This Viral Pic? It's Hiding In Plain Sight

The camouflaged big cat is indeed difficult to find. 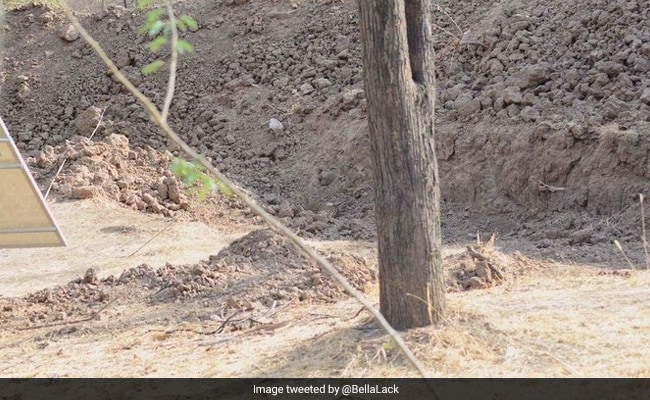 There's a leopard hidden in this photo. Can you see it?

The seemingly simple task of looking for a leopard in a picture has hundreds of social media users scratching their heads. On Friday, a Twitter user named Bella Lack shared the image on the microblogging website and asked others to look for the big cat hidden in it. She wrote that the image was sent to her by someone else, and that she was convinced it was a joke until she actually managed to spot the leopard.

The camouflaged big cat is indeed difficult to find in the photograph of the brown landscape - even though it's hidden in plain sight. See if you can spot the leopard:

Someone just sent this to me and asked me to find the leopard. I was convinced it was a joke... until I found the leopard. Can you spot it? pic.twitter.com/hm8ASroFAo

Were you able to see the leopard? If not, you are not alone.

The picture has collected almost 6,000 'likes' and a number of confused comments.

Took me about 5 minutes!! Well hidden.. more of this please

Some Twitter users helpfully pointed out where the leopard was hidden. Take a look:

Can't see it still? One person even shared an outline of the big cat

In fact, a few eagle-eyed Twitter users managed to find not just one, but two leopards hidden in the pic.

And some also shared pics of other sneakily-hidden leopards. (Warning: They are all tricky to spot)

Sorry I can't find the original tweet to credit the photographer, but this is a tricky one also 😉 pic.twitter.com/HdZUQWMPij

This isn't the first time that a camouflaged leopard has gone viral and left people scratching their heads. A photograph of a snow leopard in the Spiti Valley of Himachal Pradesh had gone viral in May.

How long did it take you to spot the leopard? Let us know using the comments section.