The image soon went viral, garnering over 14,000 likes. Many netizens found it difficult to spot the camouflaged big cat and challenged their friends to do the same. 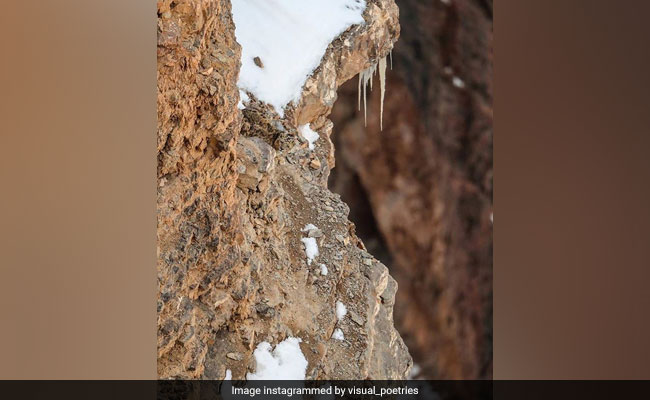 A photograph of a snow leopard clicked by wildlife photographer Saurabh Desai has gone viral on social media after many netizens found it hard to spot the animal on a rocky mountain with patches of snow.

Mr Desai, who clicked the photograph during his visit to the Spiti Valley in Himachal Pradesh, shared the image on his Instagram account with the caption "Art of camouflage.

The image soon went viral, garnering over 14,000 likes. Many netizens found it difficult to spot the camouflaged big cat and challenged their friends to do the same.

"Man. I have been staring at it for a while. What the hell is it," wrote one Instagram user, while another user said, "Was taken aback when I noticed those eyes! Inspired!"

Mr Desai visited the Kibber village, believed to be the highest motorable village in the world, and caught a glimpse of the snow leopard at a place 8 km from the village. 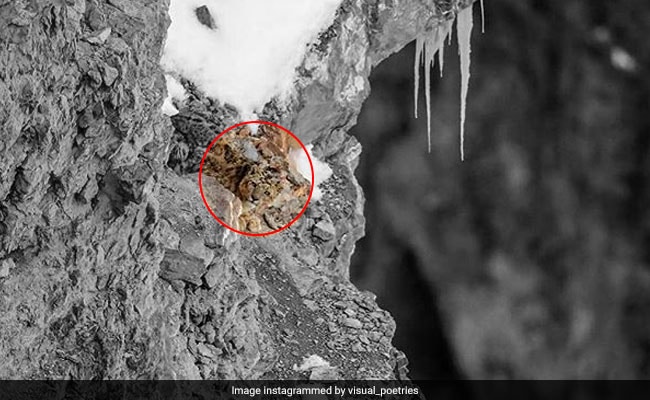 The image soon went viral, garnering over 14,000 likes as on Wednesday.

Also called the 'Ghost of the Mountain', snow leopards in Himachal Pradesh are usually found at an altitude between 9,800 feet and 17,000 feet in high and rugged terrains. Their habitat ranges from the Kibber Wildlife Sanctuary in Lahaul and Spiti to Pangi in Chamba district and Lippa Asrang in the tribal Kinnaur district.